Star is Dragging Space-Time around with it

Star is Dragging Space-Time around with it 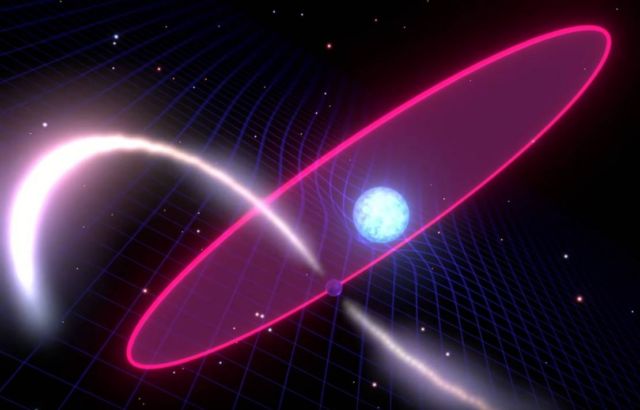 Astronomers discovered a star that is dragging space-time around with it, proving that Einstein was right again.

Artist’s depiction of a neutron star orbiting a rapidly-spinning white dwarf. The white dwarf’s spin drags the very fabric of space-time around with it, causing the orbit to tumble in space. Credit: Mark Myers, OzGrav ARC Centre of Excellence/Swinburne University of Technology

Einstein predicted that the gravity of massive objects could warp spacetime. Now, astronomers tracking a quirky pair of stars using the Parkes radio telescope, have proven him right again.

They observed white dwarf-pulsar binary system PSR J1141-6545, about 1.27 times the mass of the sun, located 10,000 to 25,000 light-years from Earth in the constellation Musca (the fly), which is near the famous Southern Cross constellation.

The white dwarf’s rapid rotation drags space-time around it, causing the entire orbit to tumble in space. 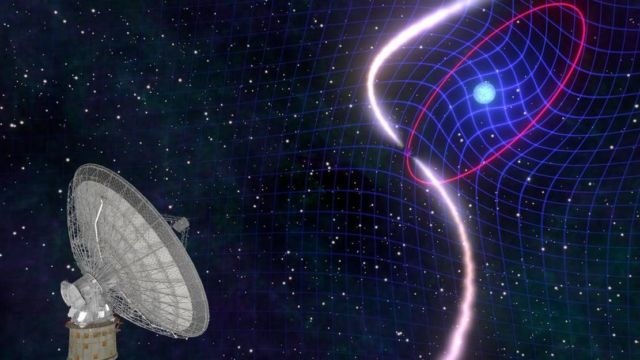