Starship Landed for the first time

Starship Landed for the first time 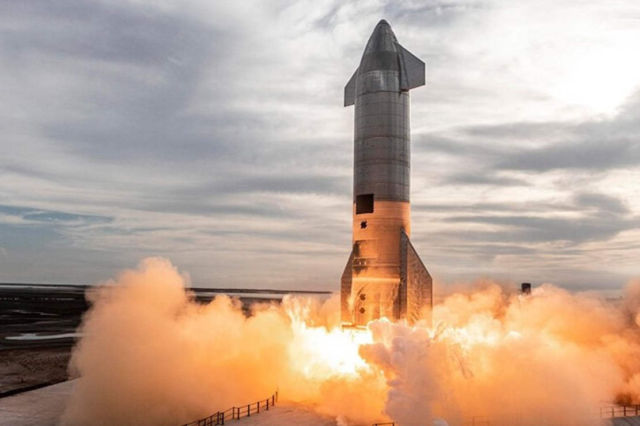 SpaceX Starship SN10 becomes the first to successfully perform the flip and burn maneuver, touching down vertically and softly! Several minutes after landing, the vehicle exploded.

Similar to the high-altitude flight tests of Starship SN8 and SN9, SN10 was powered through ascent by three Raptor engines, each shutting down in sequence prior to the vehicle reaching apogee – approximately 10 km in altitude. SN10 performed a propellant transition to the internal header tanks, which hold landing propellant, before reorienting itself for reentry and a controlled aerodynamic descent.

The Starship prototype descended under active aerodynamic control, accomplished by independent movement of two forward and two aft flaps on the vehicle. All four flaps were actuated by an onboard flight computer to control Starship’s attitude during flight and enabled a precise landing at the intended location. SN10’s Raptor engines reignited as the vehicle performed the landing flip maneuver immediately before successfully touching down on the landing pad!