Stingray Glider to explore the Clouds of Venus

Stingray Glider to explore the Clouds of Venus 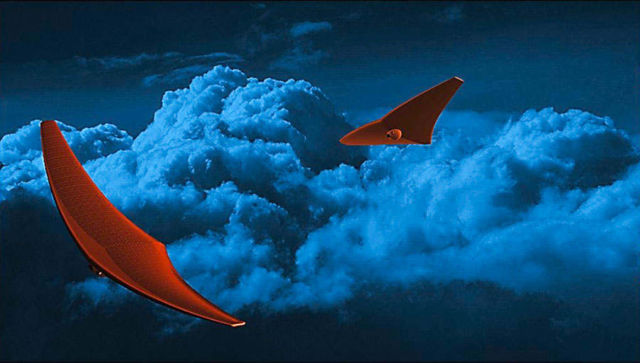 University at Buffalo scientists are creating a unique spacecraft for NASA that might explore the planet Venus every four to six days, like no previous probe.

Venus is Earth’s neighbor, yet scientists’ understanding of the planet is relatively limited, especially on the so-called “dark side.”

That knowledge gap may eventually be filled because University at Buffalo researchers are designing a unique spacecraft for NASA that might explore the planet like no previous probe.

The Bio-inspired Ray for Extreme Environments and Zonal Explorations (BREEZE) project is one of 12 revolutionary concepts selected by NASA for its Innovative Advanced Concepts (NIAC) program, which funds early-stage technologies that could change what’s possible in space. (Six other projects chosen in previous years received additional funding.)

Proposed by the university’s Crashworthiness for Aerospace Structures and Hybrids (CRASH) Laboratory, researchers envision a morphing spacecraft with wings that flap like a stingray’s pectoral fins. The design could make efficient use of high winds in the planet’s upper atmosphere while providing scientists unparalleled control of the vehicle.

BREEZE would circumnavigate Venus every four to six days. Solar panels — charging every two to three days on the side of planet illuminated by the sun — would power instruments that take atmospheric samples, track weather patterns, monitor volcanic activity and gather other data.

“By taking our cues from nature, specifically sea rays, we’re looking to maximize flight efficiency. The design will allow for a so-far unattained degree of control for such a spacecraft that would be subject to severe zonal and meridional winds on the planet,” says the project’s lead investigator, Javid Bayandor, PhD, associate professor of mechanical and aerospace engineering in UB’s School of Engineering and Applied Sciences.