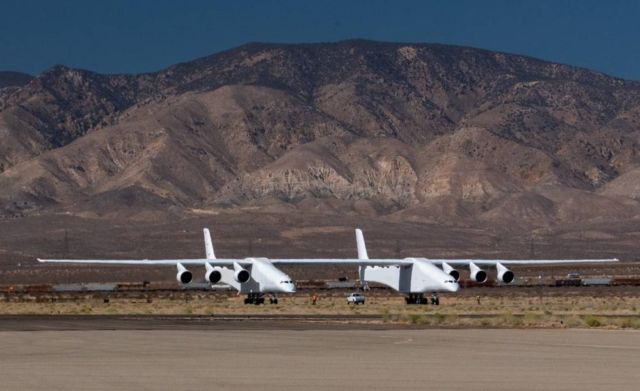 The gigantic plane is one step closer to making its first flight after the 80 mph taxi test.

The six-engine plane has a wingspan of 385 feet (117m) which is longer than the length of a football field, is designed to carry rockets between its two fuselages by as early as 2020. 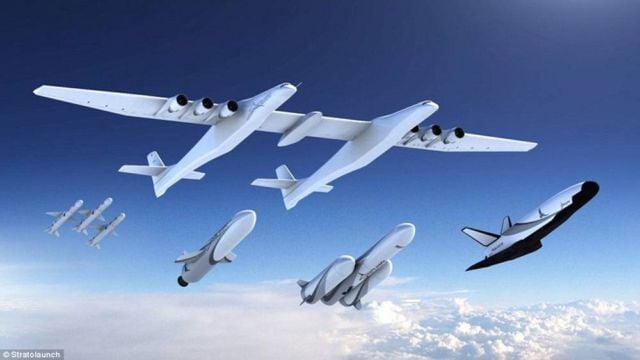 Exciting update from this week’s #Stratolaunch testing: The aircraft reached a top speed of 80 mph! ✈ pic.twitter.com/0zqOycPWUj