Home/Posts/TECHNOLOGY/Boats, Vehicles/Subaru WRX STI jumping over a speedboat
Previous Next 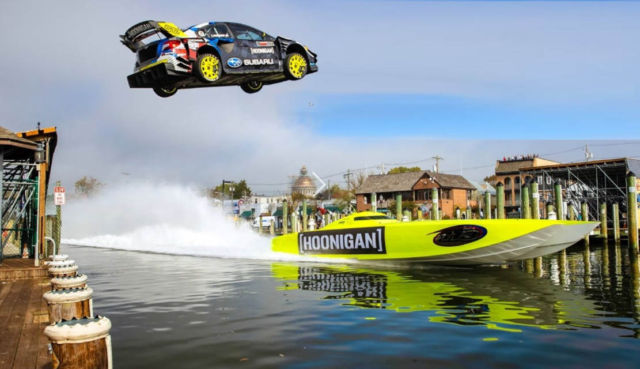 More than a decade-long rivalry between friends and rally drivers Travis Pastrana and Ken Block has culminated in a passing of the torch. Travis Pastrana is trying his hand at his own Gymkhana film, shot and edited by the same crew that makes all the Gymkhana films: Hoonigan Media Machine.