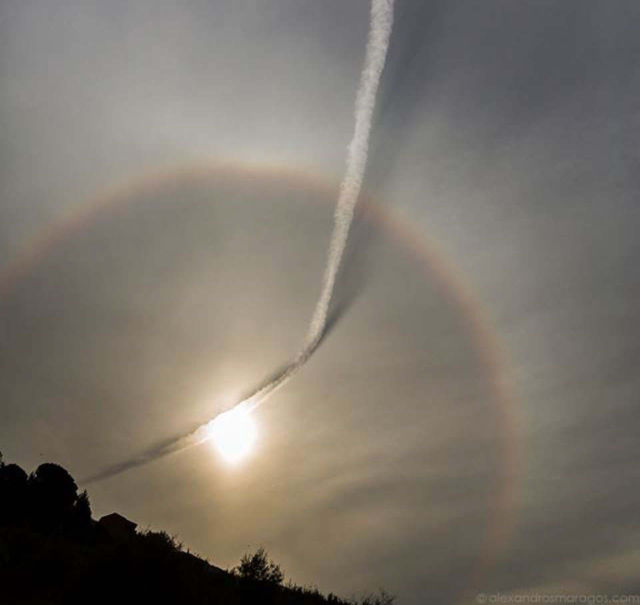 Several common features of the daytime sky are interacting in uncommon ways, in this picture captured in West Greece, by Alexandros Maragos.

First, well behind the silhouetted hills, is the typically bright Sun. In front of the Sun are thin clouds, possibly the home to a layer of hexagonal ice crystals that together are creating the 22 degree halo of light surrounding the Sun.

The unusual bent line that crosses the image is a contrail – a type of cloud created by a passing airplane. Much of the contrail must actually be further away than the thin cloud because it casts a shadow onto the cloud, giving an unusual three-dimensional quality to the featured image. The featured image was taken in late January in the city of Patras in West Greece.