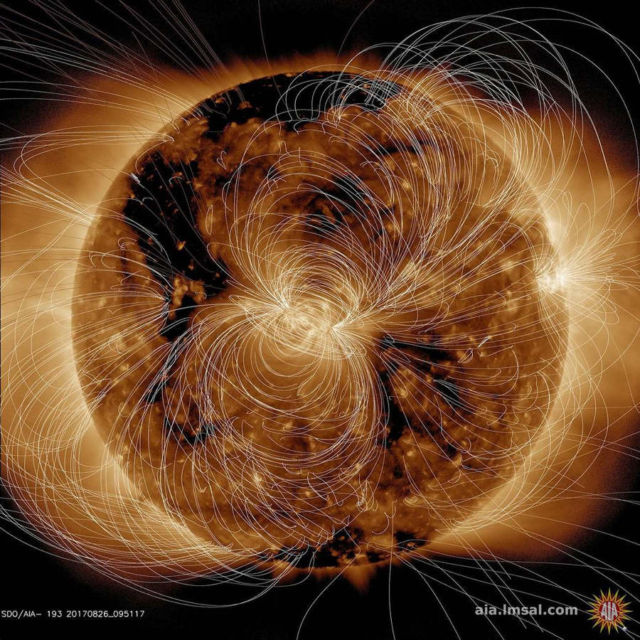 The bright active region right at the central area of the Sun clearly shows a concentration of field lines, as well as the small active region at the Sun’s right edge, but to a lesser extent. Magnetism drives the dynamic activity near the Sun’s surface.