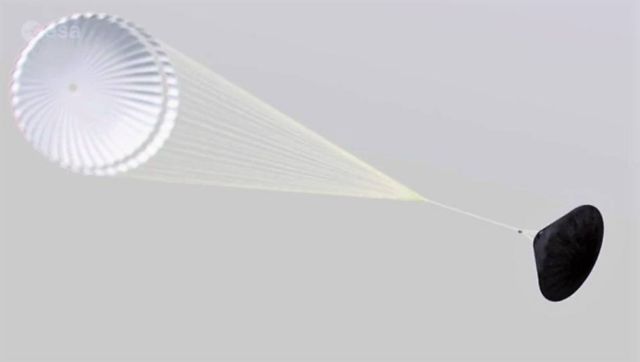 The largest parachute ever to fly on a Mars mission has been deployed in the first of a series of tests.

This is to prepare for the upcoming ExoMars mission that will deliver a rover and a surface science platform to the Red Planet.

The spacecraft that will carry them is due for launch in July 2020, with arrival at Mars in March 2021. The rover will be the first of its kind to drill below the surface and determine if evidence of life is buried underground, protected from the destructive radiation that impinges the surface today.

The deployment of the large 35 m-wide parachute of the upcoming ExoMars mission was tested in a low-altitude drop test earlier this month. The image captures the inflated ring-slot parachute with the drop test vehicle suspended underneath.

A carrier module will transport the rover and the science platform to Mars within a single aeroshell. A descent module will separate from the carrier shortly before reaching the atmosphere, whereupon a heatshield, parachutes, thrusters and damping systems will reduce the speed, delivering them safely to the surface. 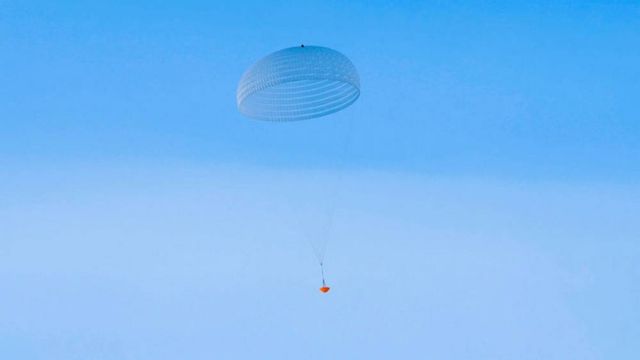