The Air Conditioner of the Future

The Air Conditioner of the Future 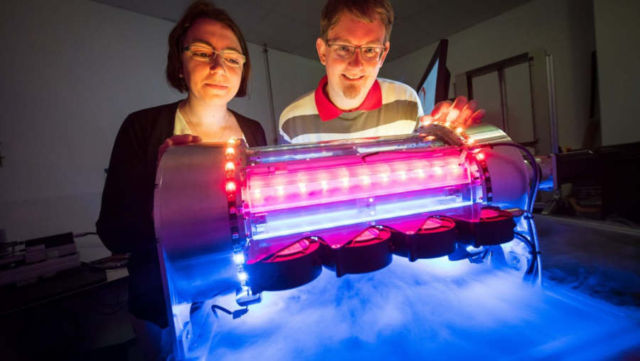 The prototype heating/cooling system uses the remarkable properties of shape-memory nitinol metals. It can be used to cool or heat the air in a room or to cool or heat liquids. And it looks like something that Q – the tech specialist and gadgeteer in the James Bond films – might have come up with.

The device, which has been developed by a research team led by Professors Stefan Seelecke and Andreas Schütze at Saarland University, is able to transfer heat using ‘muscles’ made from nickel-titanium.

This unusual property is the reason why nitinol is also referred to as a ‘smart alloy’ or as ‘muscle wire’. This effect has been exploited by the Saarbrücken researchers who have developed an environmentally friendly heating and cooling system that is two to three times more efficient than conventional heating and cooling devices.

The EU Commission and the US Department of Energy have both assessed the new process and consider it to be the most promising alternative technology to existing vapour-compression refrigeration systems.

The team of Saarbrücken engineers will be exhibiting their technology at this year’s Hannover Messe from the 1st to the 5th of April at the Saarland Research and Innovation Stand (Hall 2, Stand B46).