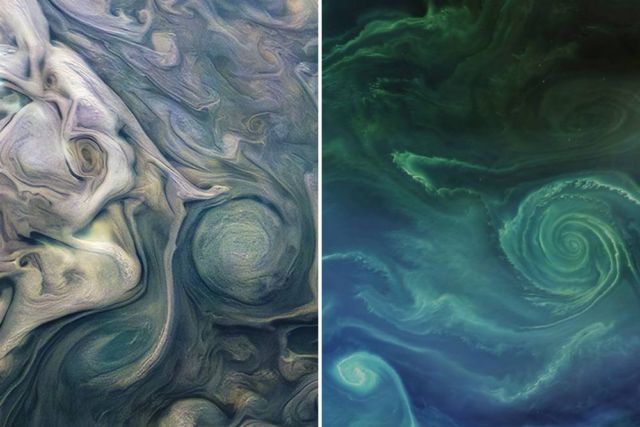 In these satellite images an eddy on Earth looks a lot like an eddy on Jupiter.

It’s reasonable to think that Jupiter—a gaseous planet more than 11 times the diameter of Earth—would have little in common with our home. But it turns out that the motion of fluids on both planets is governed by the same laws of physics.

The similarities are especially evident in these images showing swirls in Jupiter’s atmosphere and in Earth’s Baltic Sea.

“This is all about fluids moving around on a rotating body.”

Kuring described the patterns of flow as a combination of laminar (following a smooth path) and turbulent (uneven and chaotic). Flows can be characterized using numbers named for famous physicists, such as Reynolds, Rossby, and Rayleigh. But you don’t need a textbook knowledge of fluid dynamics to appreciate its consequences.

“Out of all the complexity flows beauty, whether it be images of Earth, Jupiter, or your coffee cup when you pour in the cream,” Kuring said. 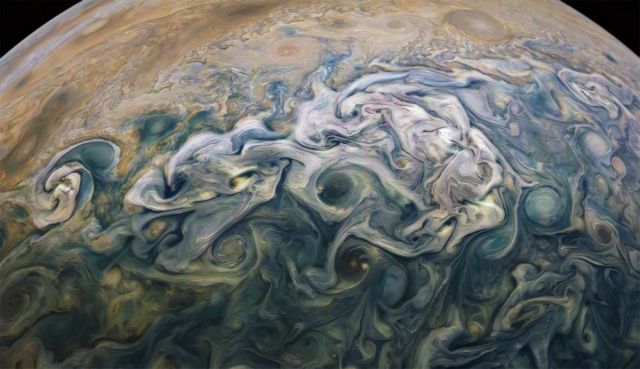 Scientists think Jupiter has three distinct cloud layers. The left image shows ammonia-rich clouds swirling in the planet’s outermost layer. Citizen scientists Gerald Eichstädt and Seán Doran created the image using data acquired by the JunoCam imager on NASA’s Juno spacecraft in December 2018. They applied a series of image processing steps to highlight details that would be difficult for the human eye to discern. 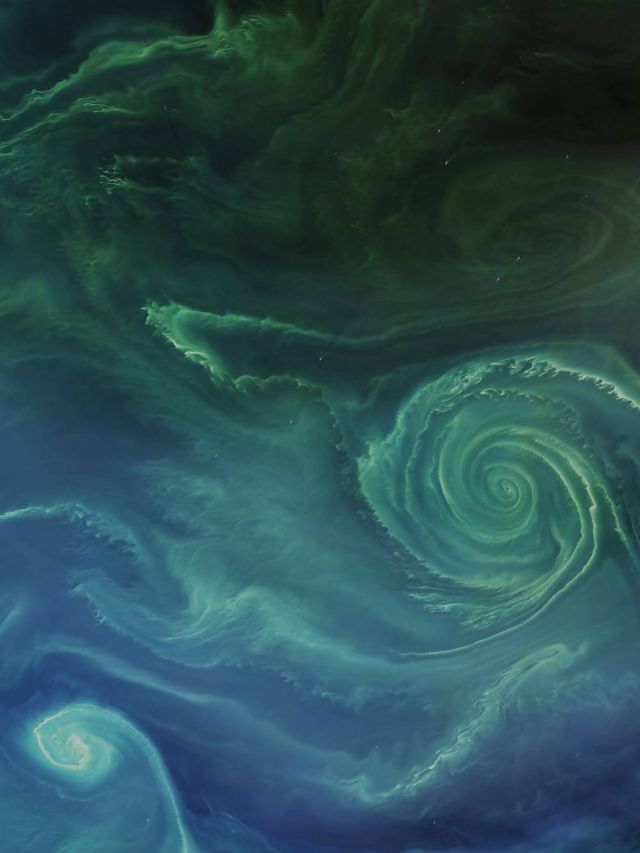