The Atlas of the underworld

Home/Posts/SCIENCES/Discoveries/The Atlas of the underworld
Previous Next

The Atlas of the underworld

The incredible ‘Atlas of the underworld‘ is the first complete mapping of subducted plates in the Earth’s mantle and their geological interpretation.

The ‘Atlas of the underworld’ reveals 94 ancient tectonic plates lurking deep within Earth.

The Earth’s rigid outer shell – the lithosphere – is broken into plates that move relative to one another along discrete plate boundaries – ridges, transforms, and subduction zones.

These sinking plates, called ‘slabs’, are colder than their surroundings, and remain colder for a very long period of time – about 250 million years. As a result, the speed at which seismic waves travel through these bodies of sinking lithosphere is a little higher than from the surrounding hot mantle. 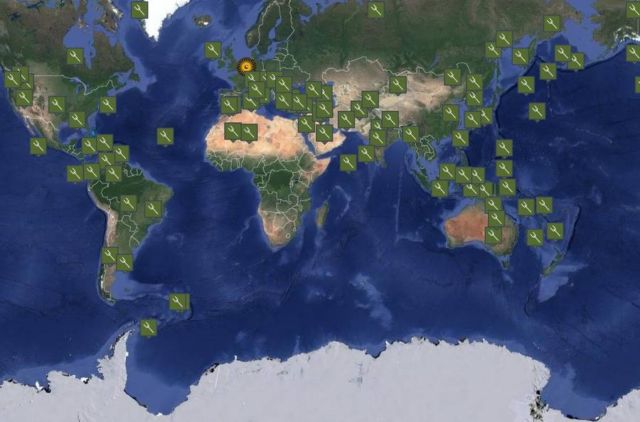 Screenshot of the ‘Atlas of the Underworld.’

Since the 1980’s, the technique of seismic tomography has been developed that provides a 3D image of the seismic velocity structure of the Earth’s crust and mantle, from the surface to the boundary between the mantle and the Earth’s liquid outer core at a depth of 2900 km. 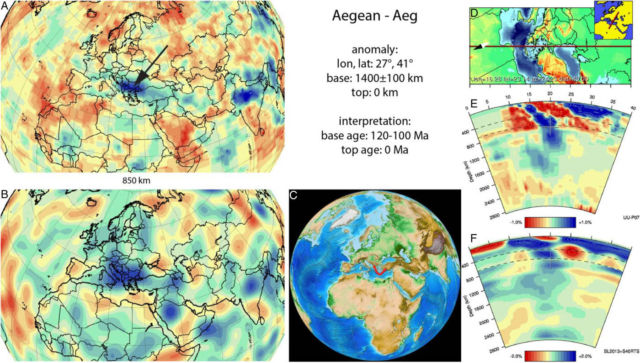 Aegean anomaly. (Horizontal) [vertical] cross sections through (A)[E] the UUP07 P-wave) and (B)[F] the combined SL2013 and S40RTS S-wave tomographic models; C) red line marks the location of the modern geological record that we interpret to have formed during the subduction of the slab; D) location map of vertical cross-sections E and F. Relative amplitude strength, vertical, lateral extent and dip trend are very similar between tomographic models.