The “snowy” crater on Mars

The “snowy” crater on Mars 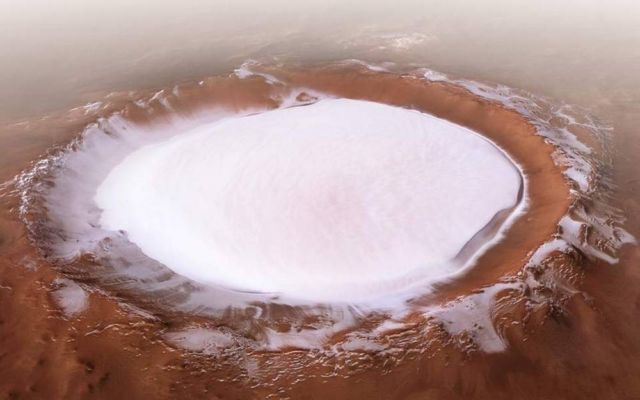 This crater image shows what appears to be a large patch of fresh, untrodden snow – a dream for any lover of the holiday season.

However, it’s a little too distant for a last-minute winter getaway: this feature, known as Korolev crater, is found on Mars, and is shown here in beautiful detail as seen by Mars Express.

ESA’s Mars Express mission launched on 2 June 2003, and reached Mars six months later. The satellite fired its main engine and entered orbit around the Red Planet on 25 December, making this month the 15-year anniversary of the spacecraft’s orbit insertion and the beginning of its science programme. 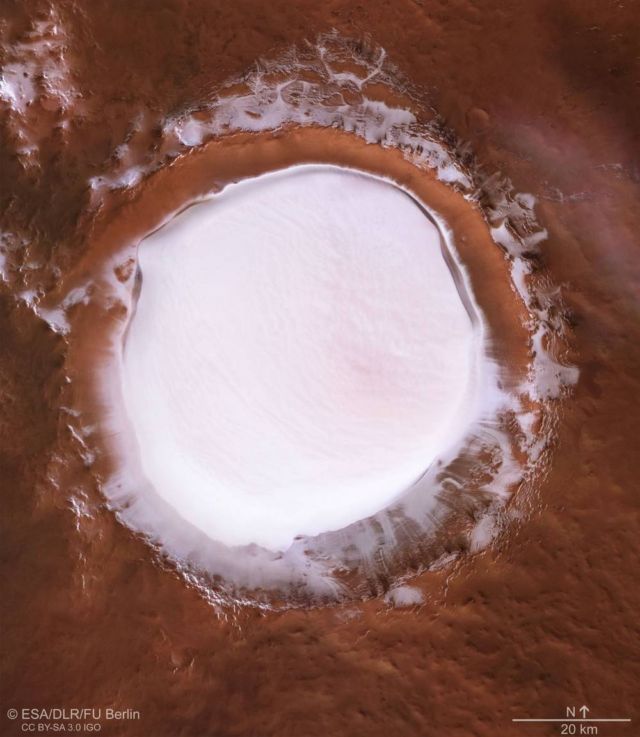 These images are an excellent celebration of such a milestone. Taken by the Mars Express High Resolution Stereo Camera (HRSC), this view of Korolev crater comprises five different ‘strips’ that have been combined to form a single image, with each strip gathered over a different orbit. The crater is also shown in perspective, context, and topographic views, all of which offer a more complete view of the terrain in and around the crater. 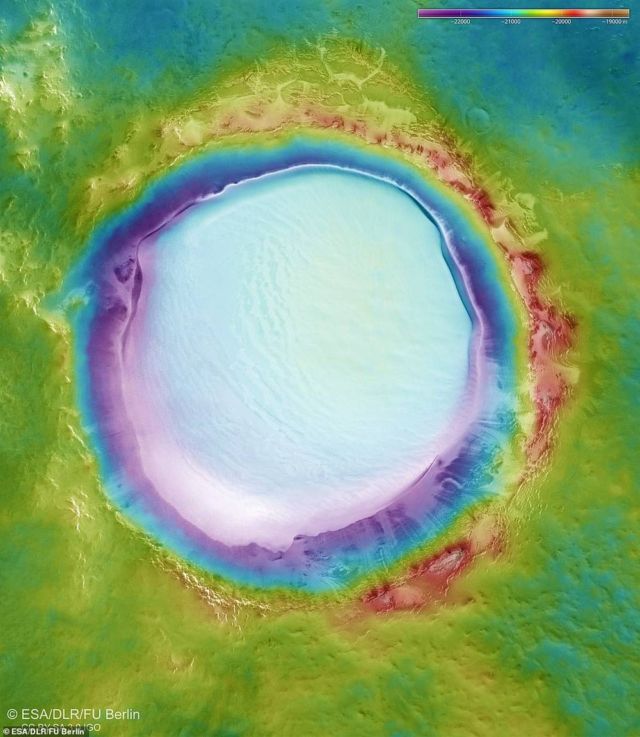