These are the Last Animals on Earth

These are the Last Animals on Earth 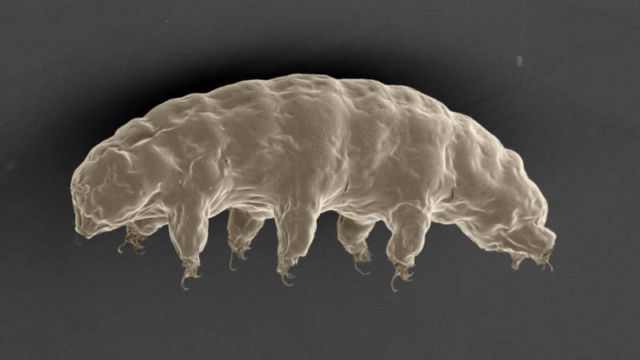 The microscopic Tardigrades will be the last animals alive on the planet.

Tardigrade, world’s most indestructible creature, will be alive on Earth until Sun dies.

It can survive 30 years without food, almost half its lifetime and can endure for a few minutes at temperatures as low as −272 °C or as high as 150 °C.

Scientists say they could survive an asteroid strike or an exploding star.
In their study:

We consider three types of astrophysical events which could constitute a threat to the continuation of our chosen life forms: large asteroid impact, supernovae (SNe), and gamma-ray bursts (GRBs). GRBs and SNe can be deadly due to the lethal doses of radiation and in particular the shock wave associated with the burst. Radiation can cause the depletion of the ozone layer, removing the shield that protects us from cosmic radiation.

Tardigrades withstand pressures from virtually 0 atm in space up to 1200 atm at the bottom of the Marianas Trench. They are also resistant to radiation levels 5000–6200 Gy.

“For complete sterilisation we must establish the necessary event to kill all such creatures.”