This best image of a Brain ever

This best image of a Brain ever 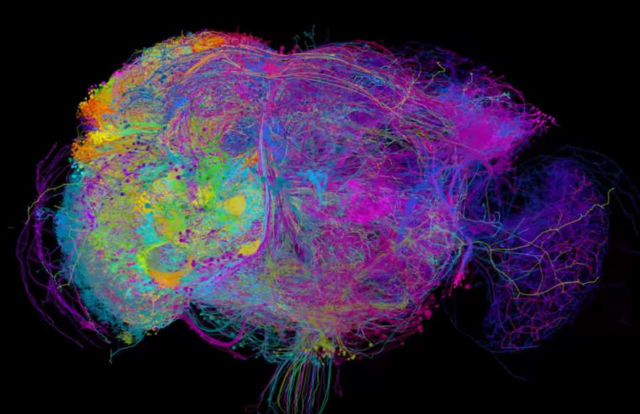 Scientists has just created a high-definition 3D picture of the brain of a fruit fly.

The 3D image showing every single one of the brain’s 100,000 neurons, it’s the most complete brain map ever created.

Researchers can now trace the path of any one neuron to any other neuron throughout the whole brain, says neuroscientist Davi Bock, a group leader at Janelia who reported the work along with his colleagues on July 19, 2018, in the journal Cell.

“The entire fly brain has never been imaged before at this resolution that lets you see connections between neurons,” he says. That detail is key for mapping out the brain’s circuitry – the precise webs of neuronal connections that underpin specific fly behaviors.