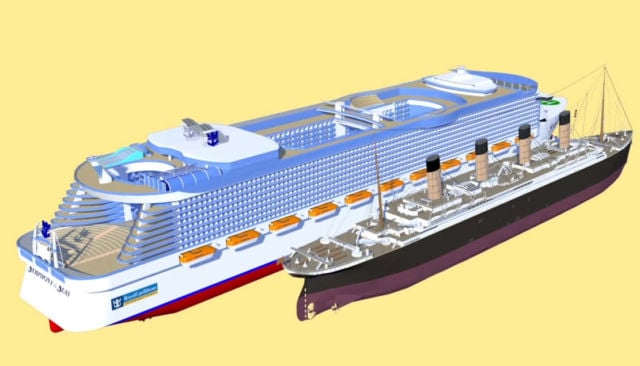 Take a look at this detailed comparison of the Titanic, that was the largest cruise ship when was built and today’s modern boat.

The Titanic’s only voyage ended in tragedy on April fifteenth, 1912. At the time of the disaster, it was the largest and most advanced ship ever constructed.

Designed to carry more than 2,400 passengers and almost 900 crewmembers, the Titanic had certainly earned its name.

But with over a century of advancement, how are today’s cruise ships different from those of Titanic’s day? Sure, we all know they’re now required to carry more lifeboats, but that isn’t exactly what makes them the life of the party.