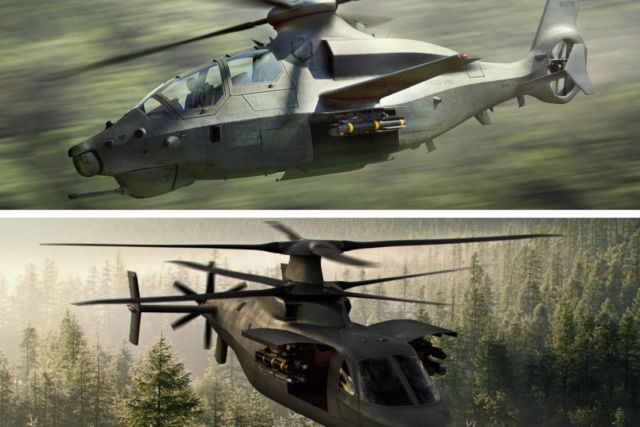 The U.S. Army selected two performers executing under Other Transaction Authority for Prototype agreements for the design and testing of the Future Attack and Reconnaissance Aircraft Competitive Prototypes to continue into phase two of the program.

The Army requires an aircraft capable of operating in a complex airspace and degraded environments against peer and near-peer adversaries with an advanced integrated air defense system. The current aviation fleet does not possess a dedicated aircraft to conduct armed reconnaissance, light attack, and security with improved standoff and lethal and non-lethal capabilities from a platform sized to hide in radar clutter and for the urban canyons of mega cities.

“Our focus is on delivering capability for our Soldiers at the speed of relevance,” said Gen. John M. Murray, Army Futures Command commanding general. “We’re doing that here — providing opportunities for our industry partners to design, test, and build capability alongside our Soldiers to ensure that we win on a future battlefield.”