Using the Sun to create the ultimate Space Telescope

Using the Sun to create the ultimate Space Telescope 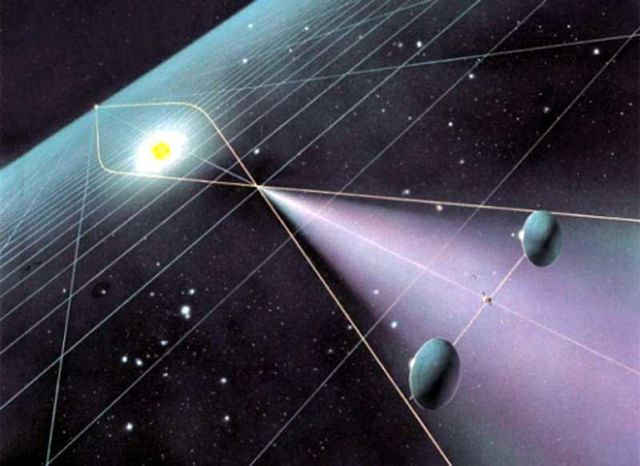 Scientists using the sun wants to create the ultimate Space Telescope, based on gravitational microlensing.

Leon Alkalai from the Jet Propulsion Lab and his co-authors, based on an earlier theory from Italian physicist Claudio Maccone to use our Sun, to create what might be the ultimate telescope based on the microlensing principle.

Above, a gravitational lens telescope, by Claudio Maccone in his 2009 book Deep Space Flight and Communications.

According to Einstein‘s ‘Theory of Relativity,’ massive objects will bend the space around.

Very large objects like stars bend the path of anything traveling near them, including light. This is called “gravitational lensing” and can act under the right conditions much like a magnifying glass.

This idea was presented by the JPL scientists at a NASA workshop. 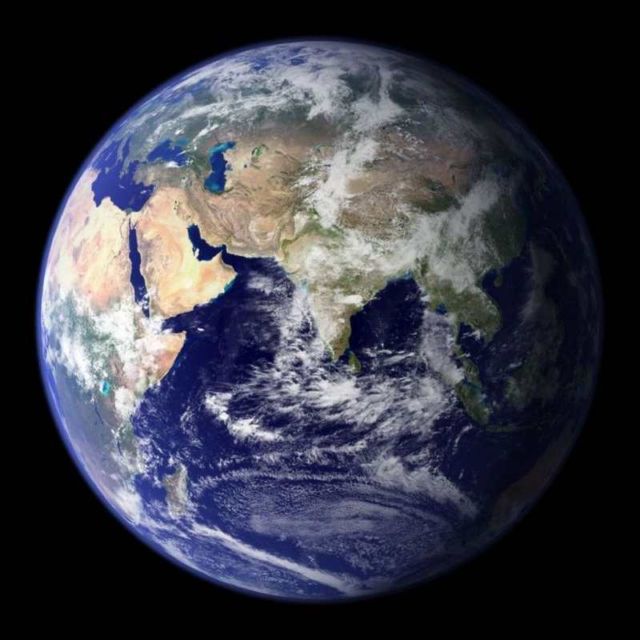 The gravitational lens telescope could create images of exoplanets around other stars, like this one of Earth measuring 1000 pixels by 1000 pixels.  Credit NASA

When a distant star or quasar gets sufficiently aligned with a massive compact foreground object, the bending of light due to its gravitational field, as discussed by Einstein in 1915, leads to two distorted unresolved images resulting in an observable magnification. The time-scale of the transient brightening depends on the mass of the foreground object as well as on the relative proper motion between the background ‘source’ and the foreground ‘lens’ object.