Voyager 2 is now sailing into the Interstellar Space

Voyager 2 is now sailing into the Interstellar Space 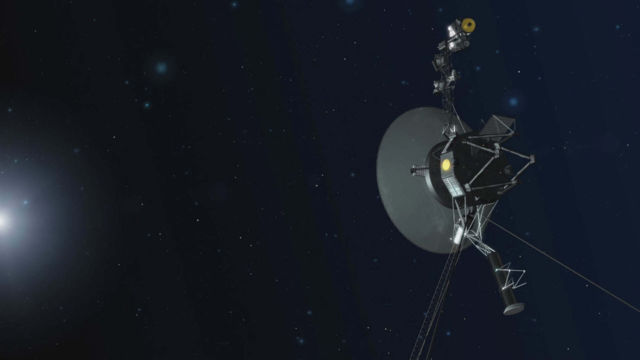 Voyager 2 has left our Solar System and is now sailing into the vast interstellar space.

This artist’s concept shows one of NASA’s Voyager spacecraft entering interstellar space, or the space between stars. This region is dominated by plasma ejected by the death of giant stars millions of years ago. Hotter, sparser plasma fills the environment inside our solar bubble.

One year ago, on Nov. 5, 2018, NASA’s Voyager 2 became only the second spacecraft in history to leave the heliosphere – the protective bubble of particles and magnetic fields created by our Sun. At a distance of about 11 billion miles (18 billion kilometers) from Earth – well beyond the orbit of Pluto – Voyager 2 had entered interstellar space, or the region between stars. Today, five new research papers in the journal Nature Astronomy describe what scientists observed during and since Voyager 2’s historic crossing.

Each paper details the findings from one of Voyager 2’s five operating science instruments: a magnetic field sensor, two instruments to detect energetic particles in different energy ranges and two instruments for studying plasma (a gas composed of charged particles). Taken together, the findings help paint a picture of this cosmic shoreline, where the environment created by our Sun ends and the vast ocean of interstellar space begins.