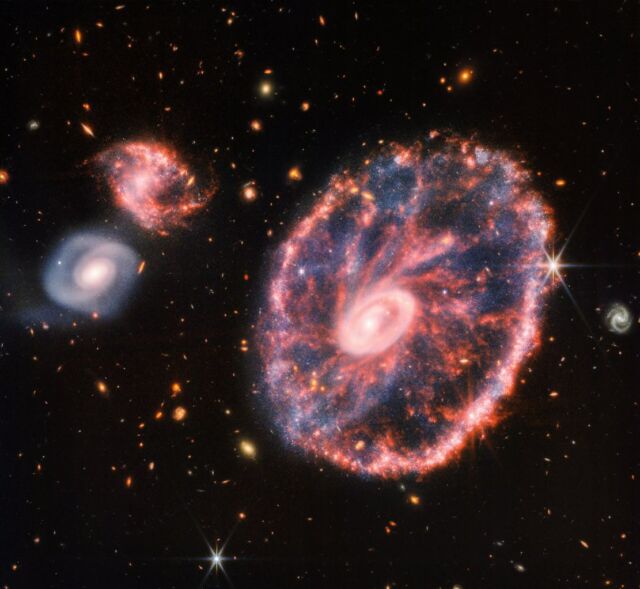 The Cartwheel Galaxy, located about 500 million light-years away in the Sculptor constellation, once shrouded in dust and mystery, has been unveiled by the imaging capabilities of the NASA/ESA/CSA James Webb Space Telescope.

The galaxy, which formed as a result of a collision between a large spiral galaxy and another smaller galaxy, not only retained a lot of its spiral character, but has also experienced massive changes throughout its structure. Webb’s high-precision instruments resolved individual stars and star-forming regions within the Cartwheel, and revealed the behaviour of the black hole within its galactic centre. These new details provide a renewed understanding of a galaxy in the midst of a slow transformation.

Its appearance, much like that of the wheel of a wagon, is the result of an intense event – a high-speed collision between a large spiral galaxy and a smaller galaxy not visible in this image. Collisions of galactic proportions cause a cascade of different, smaller events between the galaxies involved; the Cartwheel is no exception. 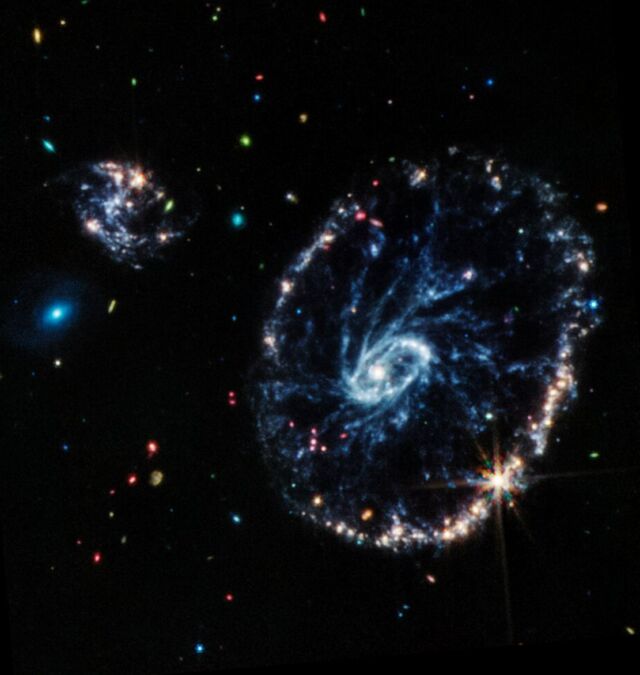