What is a ‘Bomb Cyclone’

What is a ‘Bomb Cyclone’ 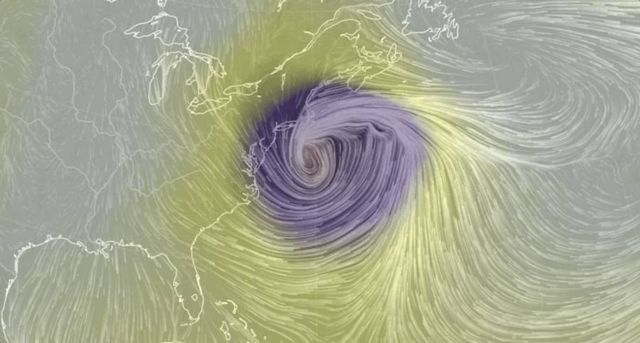 A meteorological ‘bomb cyclone‘ is set to ‘blast’ along the East Coast and extreme cold will soon follow.

The phrase ‘bomb cyclone’ doesn’t refer to the storm Grayson. Instead, it refers to a weather phenomenon expected to occur.

The official term is explosive cyclogenesis, or bombogenesis.

The storm is expected to be the strongest the region has seen in decades, will impact off the coast of New England.

All day Thursday meteorologists are going to be glued to the new GOES-East satellite watching a truly amazing extratopical “bomb” cyclone off New England coast. It will be massive — fill up entire Western Atlantic off U.S. East Coast. Pressure as low as Sandy & hurricane winds pic.twitter.com/6M4S3y75wT