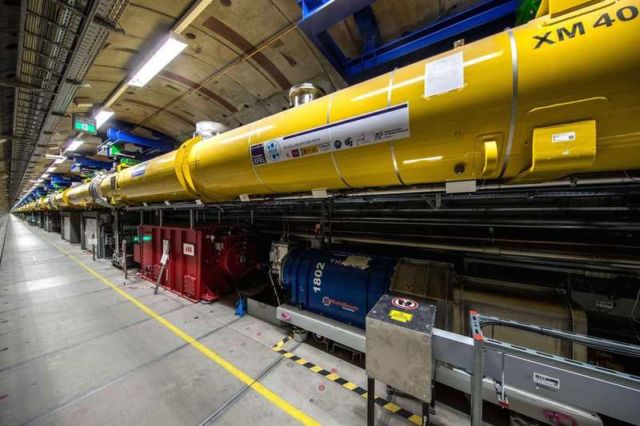 In the metropolitan region of Hamburg, the European XFEL, the biggest X-ray laser in the world, has reached the last major milestone before the official opening in September.

Above, the 2.1-kilometre long accelerator tunnel of European XFEL with the yellow superconducting accelerator modules hanging from the ceiling.  Credit DESY/D. Nölle

The 3.4 km long facility, most of which is located in underground tunnels, has generated its first X-ray laser light. The X-ray light has a wavelength of 0.8 nm—about 500 times shorter than that of visible light.

At first lasing, the laser had a repetition rate of one pulse per second, which will later increase to 27 000 per second.

“This is an important moment that our partners and we have worked towards for many years. The European XFEL has generated its first X-ray laser light. The facility, to which many countries around the world contributed know-how and components, has passed its first big test with flying colours. The colleagues involved at European XFEL, DESY, and our international partners have accomplished outstanding work. This is also a great success for scientific collaboration in Europe and across the world. We can now begin to direct the X-ray flashes with special mirrors through the last tunnel section into the experiment hall, and then step by step start the commissioning of the experiment stations. I very much look forward to the start of international user operation, which is planned for September.” 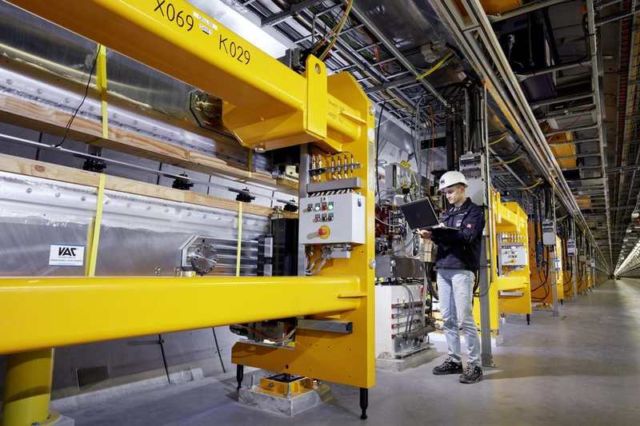