In the past few years, the title of “largest solar farm in the world” has been a rather short-lived distinction…

For a period in 2014, the Topaz Solar Farm in California topped the list with its 550-megawatt (MW) facility.

In 2015, another operation in California, Solar Star, edged its capacity up to 579 MW. By 2016, India’s Kamuthi Solar Power Project in Tamil Nadu was on top with 648 MW of capacity.

As of February 2017, Longyangxia Dam Solar Park in China was the new leader, with 850 MW of capacity. These images, both of which were acquired by the Operational Land Imager (OLI) on Landsat 8, show how the solar park grew over a four-year period. 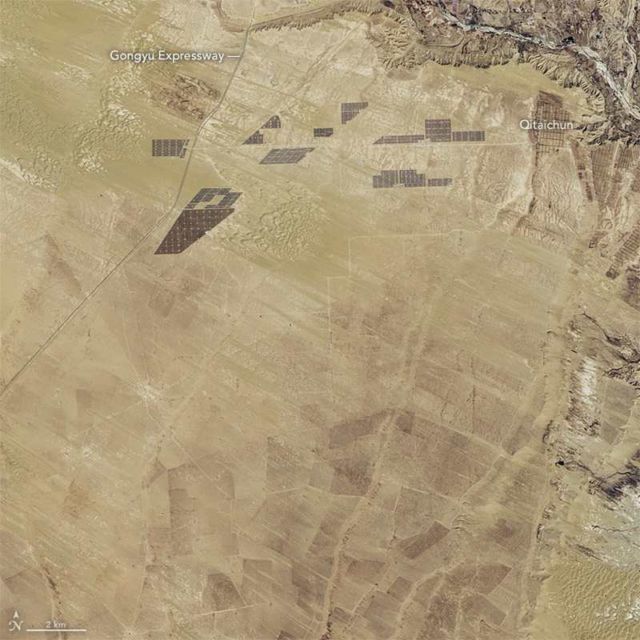 By January 5, 2017, solar panels covered 27 square kilometers (10 square miles) of Qinghai province. According to news reports, there were nearly 4 million solar panels at the site in 2017.