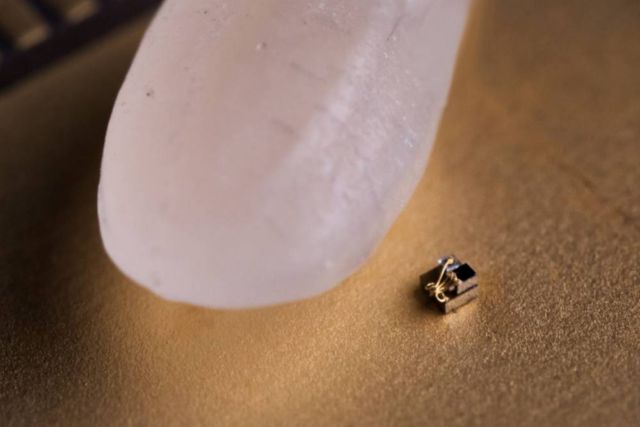 University of Michigan team created world’s smallest computer, a device measuring just 0.3 mm to a side, dwarfed by a grain of rice.

The University of Michigan‘s tiny computer in addition to the RAM and photovoltaics, have processors and wireless transmitters and receivers. Because they are too small to have conventional radio antennae, they receive and transmit data with visible light. A base station provides light for power and programming, and it receives the data.

Above the small computer compared with a grain of rice.  Credit University of Michigan

One of the big challenges in making a computer about 1/10th the size of IBM’s was how to run at very low power when the system packaging had to be transparent. The light from the base station—and from the device’s own transmission LED—can induce currents in its tiny circuits.

David Blaauw, a professor of electrical and computer engineering, who led the development of the new system, said:

“We are not sure if they should be called computers or not. It’s more of a matter of opinion whether they have the minimum functionality required.

We basically had to invent new ways of approaching circuit design that would be equally low power but could also tolerate light.” 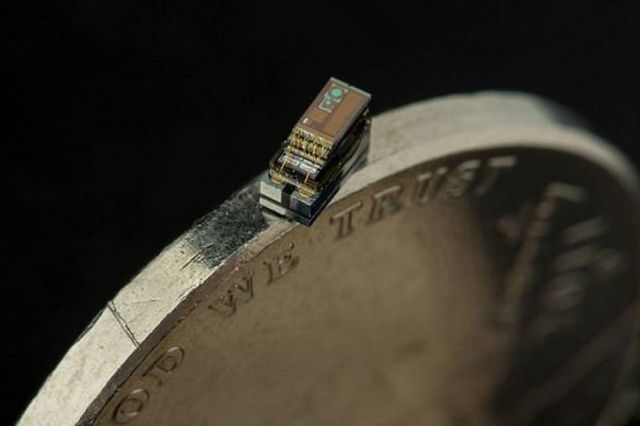