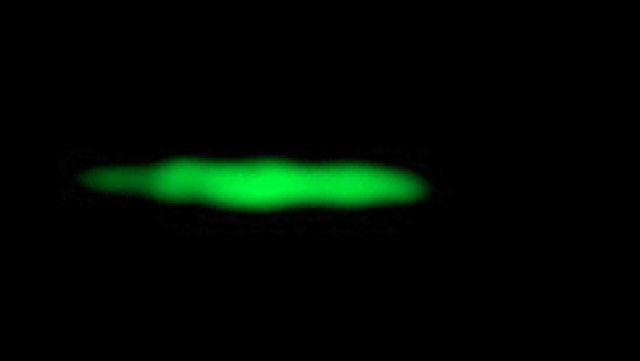 A new ultrafast camera developed at Caltech, in the time it takes you to blink, it could take trillions of pictures.

Above: A laser pulse whizzing through a crystalline material.  Credit Caltech

CUSP combines a laser that emits extremely short pulses of laser light that last only one quadrillionth of a second (one femtosecond) with optics and a specialized type of camera. The optics break up individual femtosecond pulses of laser light into a train of even shorter pulses, with each of those pulses capable of producing an image in the camera.

Wang says the technology could open up new avenues of research in fields that include fundamental physics, next-generation semiconductor miniaturization, and the life sciences.

“We envision applications in a rich variety of extremely fast phenomena, such as ultrashort light propagation, wave propagation, nuclear fusion, photon transport in clouds and biological tissues, and fluorescent decay of biomolecules, among other things,” Wang says.