Home/Posts/SCIENCES/Astronomy/X-Rays from Uranus
Previous Next 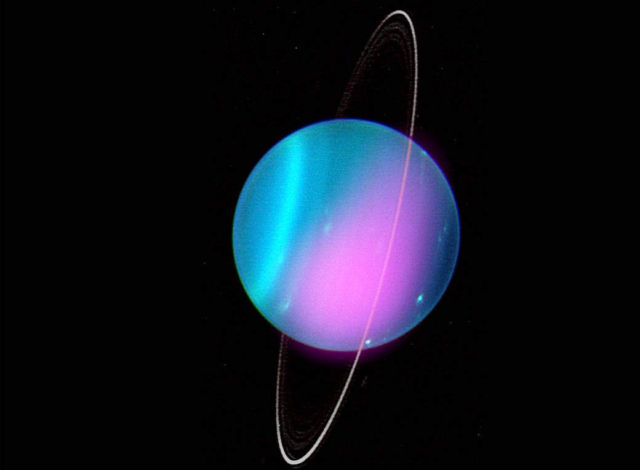 This result may help scientists learn more about this enigmatic ice giant planet in our solar system.

Uranus is the seventh planet from the Sun and has two sets of rings around its equator. The planet, which has four times the diameter of Earth, rotates on its side, making it different from all other planets in the solar system. Since Voyager 2 was the only spacecraft to ever fly by Uranus, astronomers currently rely on telescopes much closer to Earth, like Chandra and the Hubble Space Telescope, to learn about this distant and cold planet that is made up almost entirely of hydrogen and helium.

In the new study, researchers used Chandra observations taken in Uranus in 2002 and then again in 2017. They saw a clear detection of X-rays from the first observation, just analyzed recently, and a possible flare of X-rays in those obtained fifteen years later.