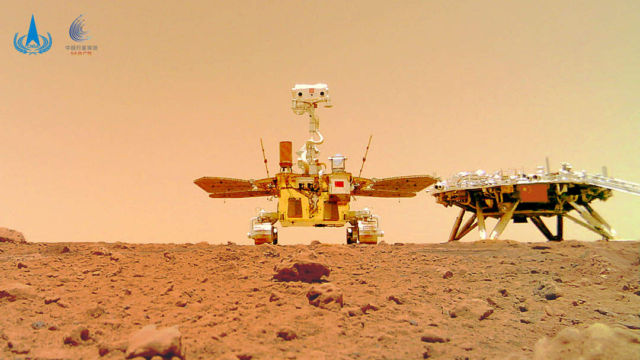 There’s a new rover on Mars. In mid-May, China’s Tianwen-1 mission delivered the Zhurong rover onto the red planet.

As Mars means Planet of Fire in Chinese, the Zhurong rover’s name means, roughly, God of Fire in Chinese mythology. Zhurong landed in northern Utopia Planitia, the largest known impact basin in the Solar System, and an area reported to have much underground ice.