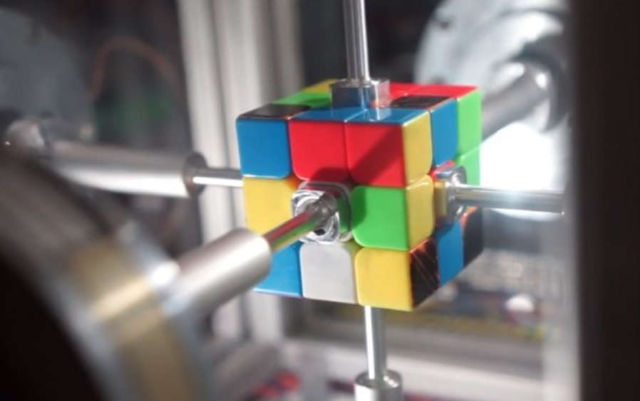 Take a look at the video this robot solving a Rubik’s Cube in just 0.38 second…

The robot developed and built by Ben Katz and Jared DiCarlo of MIT’s Biomimetics Lab.

The world record was previously held in late 2016, by a machine called the Sub1 Reloaded, solving a Rubik’s Cube in 0.627 seconds.