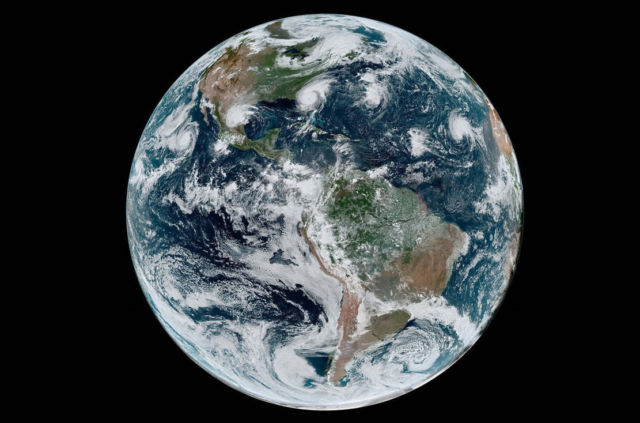 A global team of scientists including Dr Thomas Newsome a signatory and researcher at the University of Sydney and international colleagues, has warned that “untold human suffering” is unavoidable without deep and lasting shifts in human activities that contribute to greenhouse gas emissions and other factors related to climate change.

“While things are bad, all is not hopeless. We can take steps to address the climate emergency.”

In a paper published today in BioScience, the authors from the University of Sydney, Oregon State University, University of Cape Town and Tufts University, along with more than 11,000 scientist signatories from 153 countries, declare a climate emergency, present data showing trends as benchmarks against which to measure progress and outline six areas of action to mitigate the worst effects of a human-induced climate change.

The scientists point to six areas in which humanity should take immediate steps to slow down the effects of a warming planet:

“Despite 40 years of major global negotiations, we have generally conducted business as usual and are essentially failing to address this crisis,” said Professor William Ripple, distinguished professor of ecology in the Oregon State University College of Forestry and co-lead author of the paper. “Climate change has arrived and is accelerating faster than many scientists expected.”

“Scientists have a moral obligation to warn humanity of any great threat,” said Dr Newsome from the School of Life and Environment Sciences. “From the data we have, it is clear we are facing a climate emergency.”

Image: On Sept. 4, 2019, a loose chain of tropical cyclones lined up across the Western Hemisphere. Credit NASA

More at the press release