Home/Posts/SCIENCES/Astronomy/3D map of 400,000 Stars located within 10,000 light-years from us
Previous Next 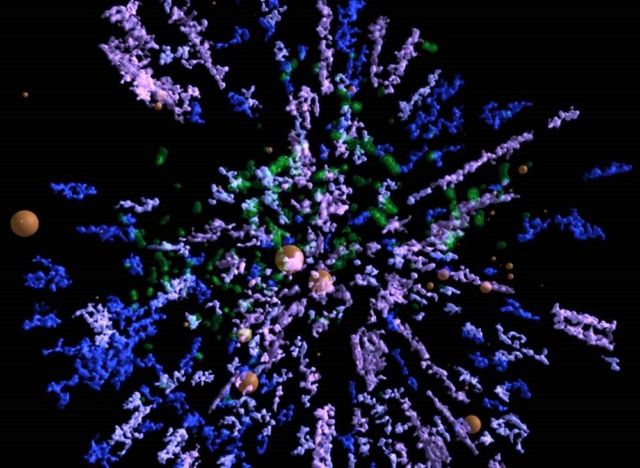 The European Space Agency (ESA) launched the Gaia space observatory in December of 2013, designed to measure the positions and movements of celestial bodies.

The second data release of ESA’s Gaia mission, made in April, has marked a turning point in the study of our Galactic home, the Milky Way. With an unprecedented catalogue of 3D positions and 2D motions of more than a billion stars, plus additional information on smaller subsets of stars and other celestial sources, Gaia has provided astronomers with an astonishing resource to explore the distribution and composition of the Galaxy and to investigate its past and future evolution.

The majority of stars in the Milky Way are located in the Galactic disc, which has a flattened shape characterised by a pattern of spiral arms similar to that observed in spiral galaxies beyond our own. However, it is particularly challenging to reconstruct the distribution of stars in the disc, and especially the design of the Milky Way’s arms, because of our position within the disc itself.

This is where Gaia’s measurements can make the difference.

This image shows a 3D map obtained by focusing on one particular type of object: OB stars, the hottest, brightest and most massive stars in our Galaxy. Because these stars have relatively short lives – up to a few tens of million years – they are mostly found close to their formation sites in the Galactic disc. As such, they can be used to trace the overall distribution of young stars, star formation sites, and the Galaxy’s spiral arms.

The map, based on 400 000 of this type of star within less than 10 000 light-years from the Sun, was created by Kevin Jardine, a software developer and amateur astronomer with an interest in mapping the Milky Way using a variety of astronomical data. 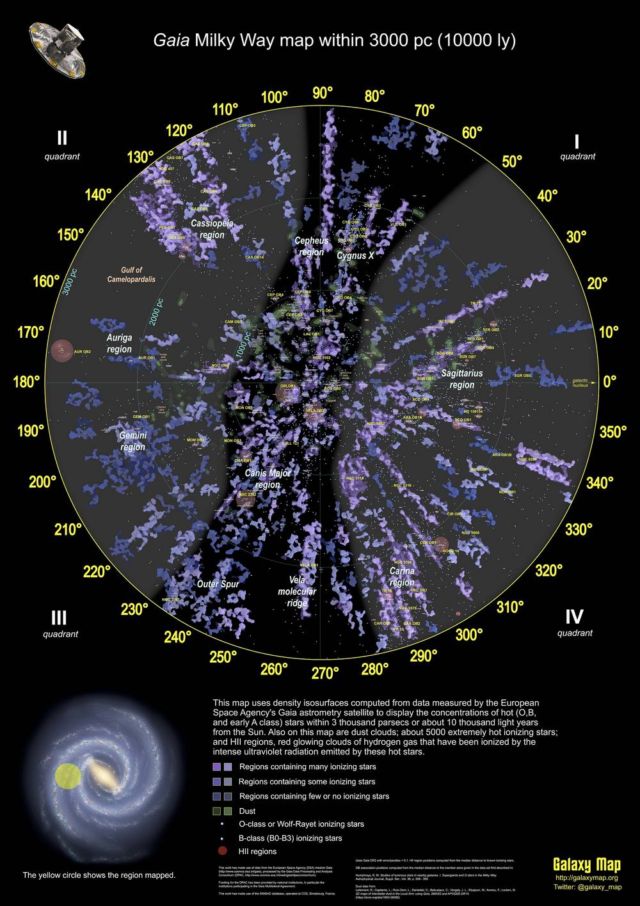 Map of the Milky Way within 3000 parsec of Earth as created by Kevin Jardine. Credit: Galaxy Map/Kevin Jardine.

This animation uses 3D star and dust density meshes available in the latest version of Gaia Sky to animate a journey through the Milky Way. The animation also includes HII regions and covers a region within 3000 parsecs (about 10 thousand light years) from the Sun.