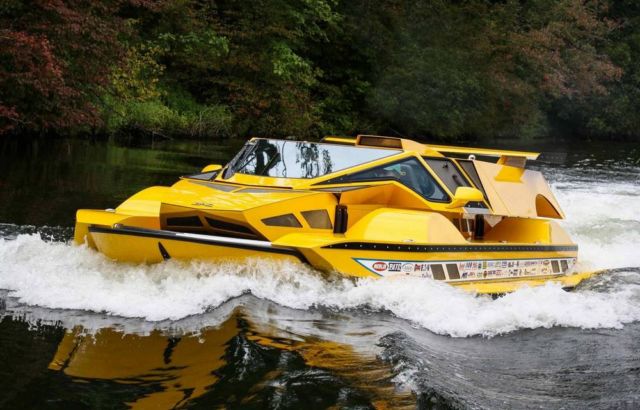 The HydroCar is the only amphibious that actually changes the vehicle’s shape to morph from a land vehicle to a water craft.

This HydroCar highly engineered original prototype designed by Rick Dobbertin, is one of the most innovative automotive projects ever conceived.

On land, its full-length articulating sponsons (or pontoons) are raised and become the car’s fenders. Upon entering the water, the sponsons are lowered nearly eight inches to transform the car into a tunnel-hulled watercraft within seconds. While fully functional, this prototype is intended for a static display of incredible innovative engineering. 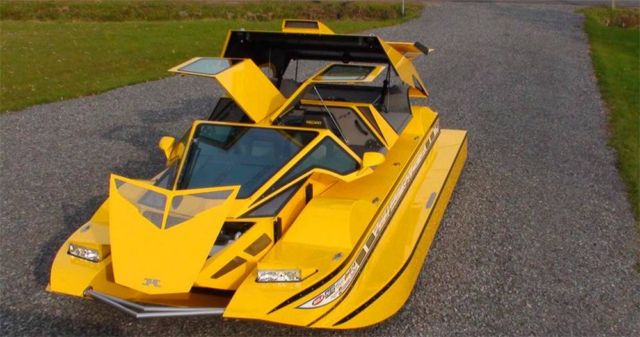 The HydroCar made its debut on the cover of the January 2004 edition of Popular Mechanics.

The central body section of the HydroCar is a space frame and roll bar, built from 304 grade stainless-steel. The frames of the sponsons are marine-grade 5086 aluminum, along with much of the hand-formed body work. 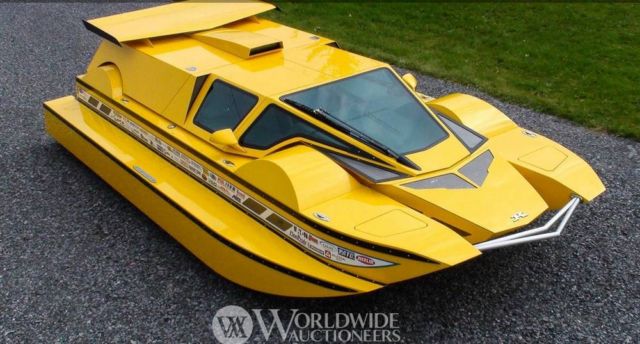 It is powered by a fully dyno-tuned World/Merlin all-aluminum, roller-cam, 572 cubic-inch Chevrolet engine, producing 762 horsepower. It is fully tricked out and chromed in true show-car tradition. 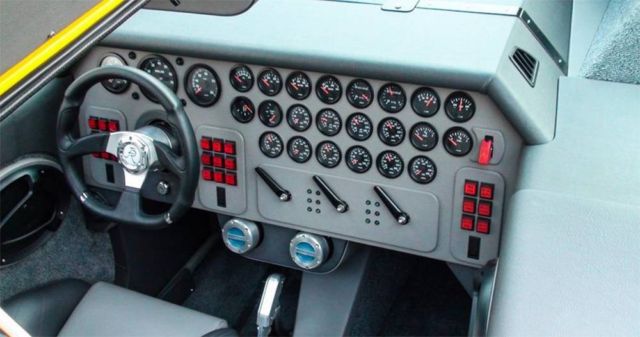