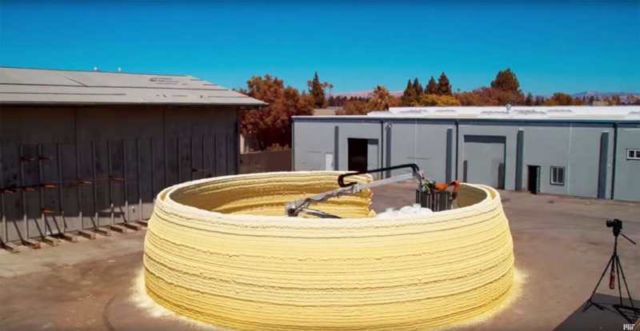 MIT designed a system that can 3D print the basic structure of an entire building out of polymers, in hours.

MIT researchers have created a system consisting of a tracked vehicle, that carries a large industrial robotic arm, which has a smaller, precision-motion robotic arm at its end. The technology developed could enable faster, cheaper, more adaptable building construction.

The list of materials that can be produced by 3-D printing has grown to include not just plastics but also metal, glass, and even food. 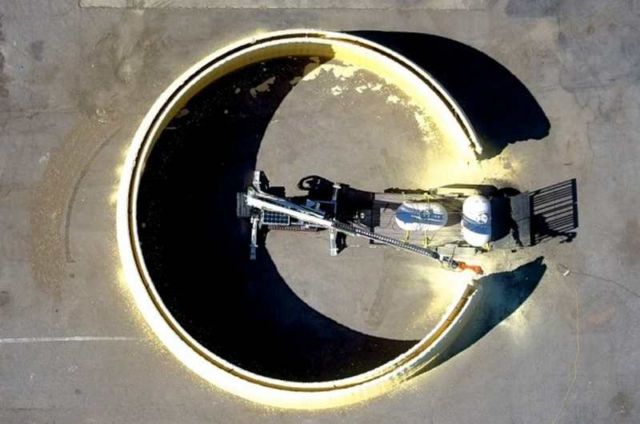 A building could also be completely customized to the needs of a particular site and the desires of its maker. Even the internal structure could be modified in new ways; different materials could be incorporated as the process goes along, and material density could be varied to provide optimum combinations of strength, insulation, or other properties.

The robotic system is described this week in the journal Science Robotics, in a paper by Steven Keating PhD ’16, a mechanical engineering graduate and former research affiliate in the Mediated Matter group at the MIT Media Lab; Julian Leland and Levi Cai, both research assistants in the Mediated Matter group; and Neri Oxman, group director and associate professor of media arts and sciences.