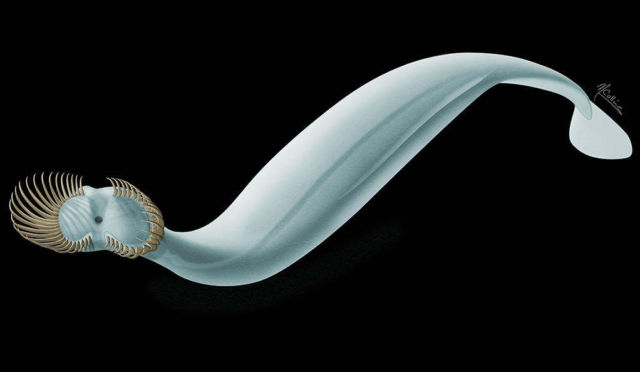 Named Capinatator praetermissus, grabbed its prey with 50 spines that it deployed from its head.

Scientists from Yale University and the Royal Ontario Museum made the identification of the four inches long predator, representing a new genus and species.

“This is the most significant fossil discovery of this group of animals yet made.”

Jean-Bernard Caron, senior curator of invertebrate palaeontology at the Royal Ontario Museum and an associate professor at the University of Toronto, co-author of the study, said:

“This new species was well adapted to capturing prey with the numerous, claw-like spines surrounding its mouth. Darting from the water depths, the spines would have been a terrifying sight to many of the smallest marine creatures that lived during that time.”