A brand new Physics at CERN?

A brand new Physics at CERN? 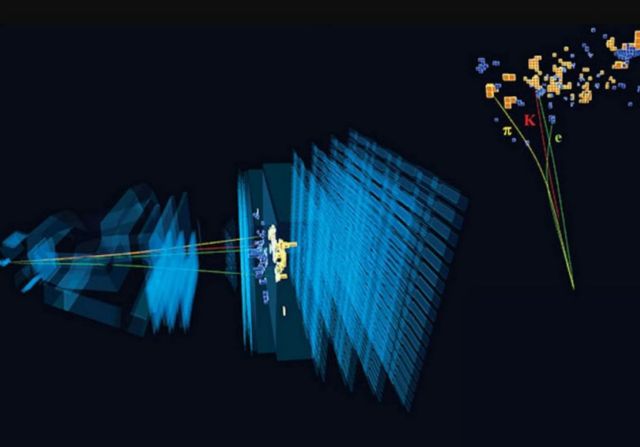 Particle physicists announced ‘intriguing’ results that potentially cannot be explained by the current laws of nature.

Results from the LHCb Collaboration at CERN suggests particles are not behaving the way they should according to the guiding theory of particle physics – suggesting gaps in our understanding of the Universe.

Physicists from the Universities of Cambridge, Bristol, and Imperial College London led the analysis of the data to produce this result, with funding from the Science and Technology Facilities Council. The result – which has not yet been peer-reviewed – was announced today at the Moriond Electroweak Physics conference and published as a preprint.

Above: Very rare decay of a beauty meson involving an electron and positron observed at LHCb.   Credit CERN

Dr Paula Alvarez Cartelle from Cambridge’s Cavendish Laboratory, was one of the leaders of the team that found the result, said:

“This new result offers tantalising hints of the presence of a new fundamental particle or force that interacts differently with these different types of particles.”

Scientists across the world will be paying close attention to this announcement as it hints at the existence of new particles not explained by the Standard Model.

The Standard Model is the current best theory of particle physics, describing all the known fundamental particles that make up our Universe and the forces that they interact with. However, the Standard Model cannot explain some of the deepest mysteries in modern physics, including what dark matter is made of and the imbalance of matter and antimatter in the Universe.

Dr Mitesh Patel of Imperial College London, and one of the leading physicists behind the measurement, said: “We were actually shaking when we first looked at the results, we were that excited. Our hearts did beat a bit faster.

“It’s too early to say if this genuinely is a deviation from the Standard Model but the potential implications are such that these results are the most exciting thing I’ve done in 20 years in the field. It has been a long journey to get here.”