A Huge Hole Has Opened In Antarctica

A Huge Hole Has Opened In Antarctica 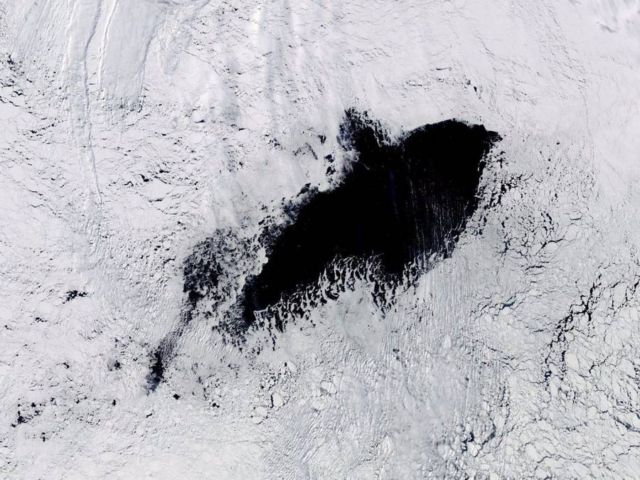 A huge, mysterious hole, as large as the State of Maine or Lake Superior, has been spotted in the winter sea ice cover around Antarctica.

Scientists have observed that a polynya in the Antarctic ice blanket, measuring around 77,699 square kilometers (30,000 square miles), is much larger this year than when it appeared last year.

Above, the polynya, the largest observed in the Weddell Sea since the 1970s, is the dark region of open water within the ice pack. Credit NASA Worldview

A massive hole in the sea ice cover around Antarctica has been open for the past month. Known as a polynya, this mysterious opening is the largest observed in the Weddell Sea since the 1970s. In recent studies, SOCCOM-affiliated researchers have used climate models to explore why these polynyas form and how they affect ocean and atmospheric circulation patterns. However, the difficulty of mounting Antarctic expeditions in winter means that few actual measurements have been made of these rare events.

“This is hundreds of kilometres from the ice edge. If we didn’t have a satellite, we wouldn’t know it was there.” 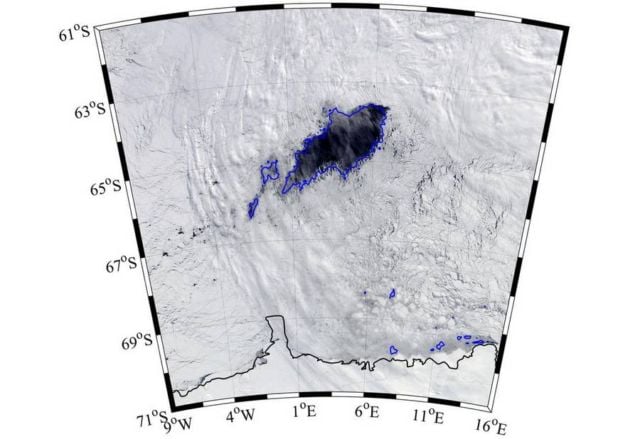 The polynya is the dark region of open water within the ice pack. Image credit NASA Worldview, University of Bremen