A peculiar Doorway on Mars

A peculiar Doorway on Mars 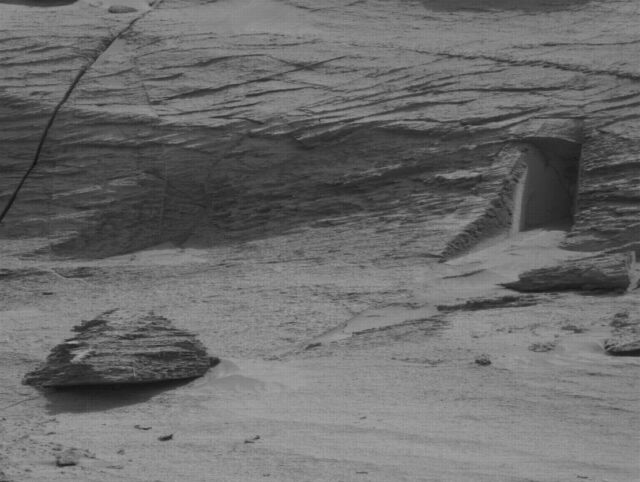 This spooky image was captured on May 7 by NASA’s Curiosity rover while it ascended Mount Sharp on Mars.

According to scientists the ‘Martian dorsway’ was simply a rock, with light shadow giving it its cuboid shape.