A quarter of Glacier Ice in Antarctica is Unstable

A quarter of Glacier Ice in Antarctica is Unstable 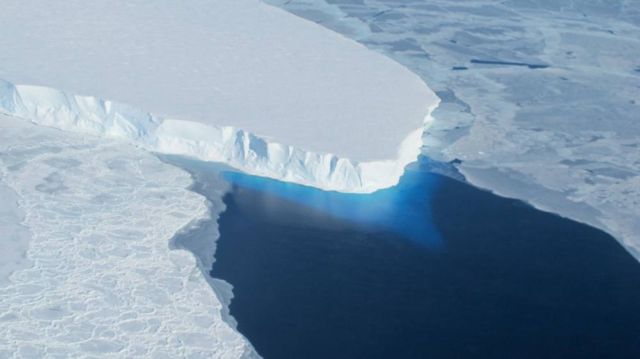 A quarter of glacier ice in West Antarctica is now unstable, after combining 25 years of ESA satellite data.

Scientists have discovered that warming ocean waters have caused the ice to thin so rapidly that 24% of the glacier ice in West Antarctica is now affected.

Above, an aerial view of Thwaites Glacier.  Credit NASA

A paper published in Geophysical Research Letters describes how the UK Centre for Polar Observation and Modelling (CPOM) used over 800 million measurements of Antarctic ice sheet height recorded by radar altimeter instruments on ESA’s ERS-1, ERS-2, Envisat and CryoSat satellite missions between 1992 and 2017.

The ice sheet has thinned by up to 122 metres in places, with the most rapid changes occurring in West Antarctica where ocean melting has triggered glacier imbalance. CPOM Director, Andy Shepherd, explained, “Parts of Antarctica have thinned by extraordinary amounts. So we set out to show how much was down to changes in climate and how much was instead due to weather.”

To do this, the team compared measurements of surface-height change with the simulated changes in snowfall. Where the signal was greater they attributed its origin to glacier imbalance. 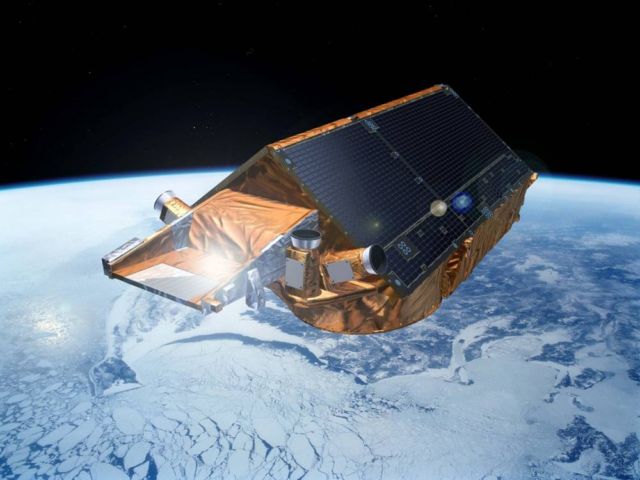 They found that fluctuations in snowfall tend to drive small changes in height over large areas for a few years at a time, whereas the most pronounced changes in ice thickness coincide with signals of glacier imbalance that have persisted for decades.

Prof. Shepherd added, “Knowing how much snow has fallen has really helped us to isolate the glacier imbalance within the satellite record. We can see clearly now that a wave of thinning has spread rapidly across some of Antarctica’s most vulnerable glaciers, and their losses are driving up sea levels around the planet.

“After 25 years, the pattern of glacier thinning has spread across 24% of West Antarctica, and its largest ice streams – the Pine Island and Thwaites Glaciers – are now losing ice five times faster than they were in the 1990s.

“Altogether, ice losses from East and West Antarctica have added 4.6 mm of water to global sea level since 1992.”