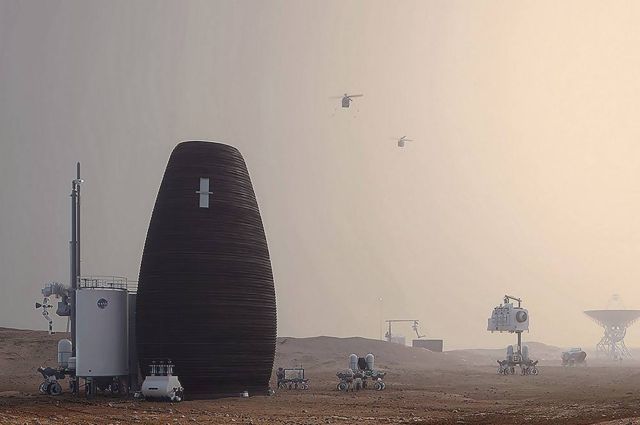 MARSHA Mars Habitat proposal by AI SpaceFactory, for an alien environment 54.6 million kilometers away, that construction and materials must be rethought entirely.

Architecture on Earth plays a critical role in the way we live. On Mars, this role reaches a higher level of importance since architectures are machines which keep us alive. 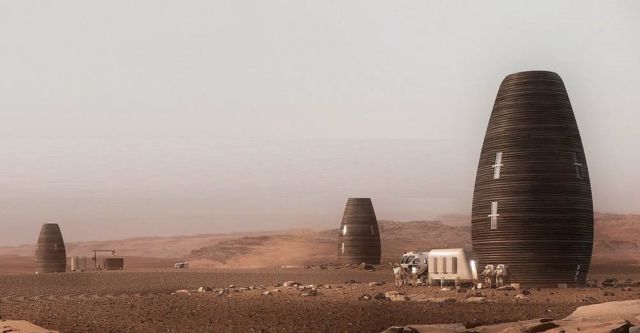 In space architecture, every design decision is of great consequence to the success of a mission. Structures must be resilient and interior layouts must function around mission demands.  But since sustained social and mental health is also mission-critical, space habitats should offer an element of humanity.  The result is a credible and evocative habitat with an alien yet familiar beauty.

Martian exploration and settlement at any meaningful scale will depend on materials found on Mars. This is enabled by a technology known as in-situ resource utilization (ISRU). ISRU circumvents the limits of the rocket equation — that every 10 pounds of rocket need 90 pounds of propellant. Without ISRU, the cost of importing materials from Earth renders the project impossible.
‍
Second, habitats should be completed with life-support systems in place before humans arrive. NASA plans to send machines in advance to harvest the Martian landscape, extracting materials for robotic printers to build our first homes on Mars in anticipation of our arrival.

MARSHA marks a radical departure from previous Martian designs typified by low-lying domes or buried structures. Where structures on earth are designed primarily for gravity and wind, special conditions on Mars point to a structure optimized to handle internal atmospheric pressure and structural stresses: a vertical container with a minimal footprint. MARSHA’s vertical orientation and small footprint also alleviate the need for a construction rover moving on unfamiliar ground.

Instead, MARSHA is constructed with a vertically telescoping arm attached to a stationary rover throughout the 3D printing process. These innovations challenge the conventional image of “space age” domes by focusing on the creation of vertically oriented, human-centric habitats tuned to the demands of a Mars mission.