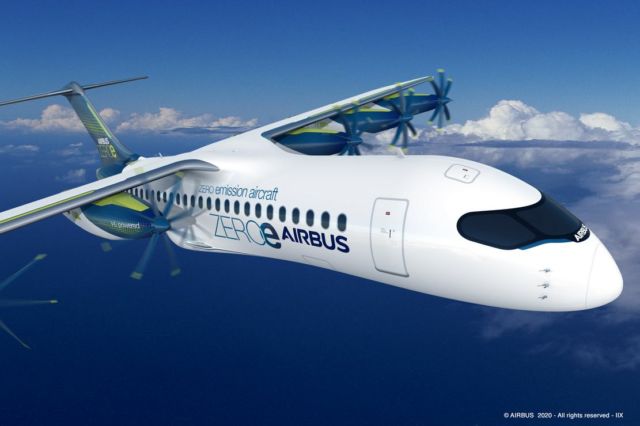 Airbus engineers are unveiling a new configuration as part of the ZEROe programme that could enable a passenger aircraft to fly farther than ever without emissions.

It is unlike anything seen on today’s runways: the “pod” configuration—one of several being conceptualised as part of ongoing R&D on the ZEROe concept aircraft—features a series of stand-alone propulsion systems based on hydrogen fuel cell technology. Today, Airbus is conducting studies to determine how scalable the “pod” configuration, among others, could be to large commercial aircraft. 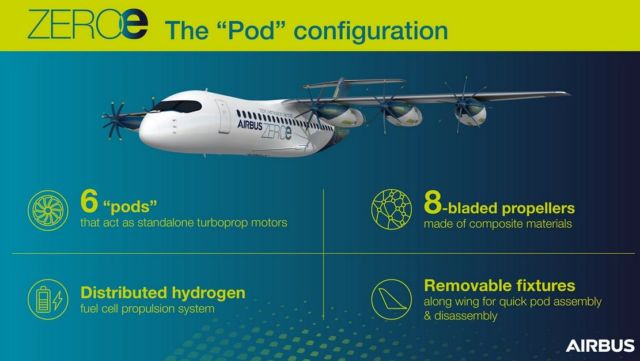 The innovative approach consists of six, eight-bladed “pods” mounted beneath the aircraft wing. While the “podded” engine is not a new concept in aviation, these “pods” are not designed to be driven by any ordinary propulsion system: hydrogen fuel cells are among the key components. 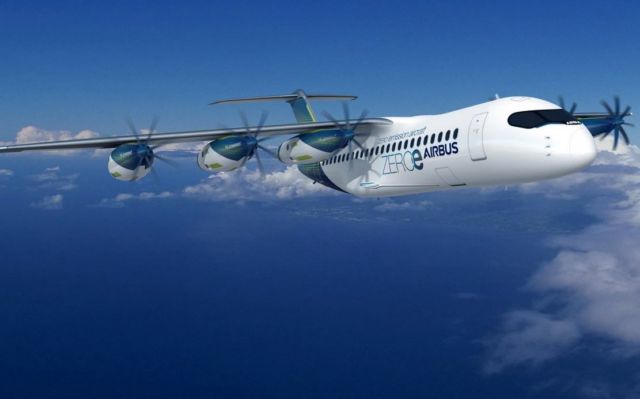 “The ‘pod’ configuration is essentially a distributed fuel cell propulsion system that delivers thrust to the aircraft via six propulsors arranged along the wing. Hydrogen fuel cells have very different design considerations, so we knew we had to come up with a unique approach.”

Indeed, hydrogen fuel cell technology has yet to be scaled up to a passenger-size large commercial aircraft. Smaller experimental hydrogen aircraft, comprising up to 20 seats, can rely on a traditional fixed-wing configuration with two propellers. But more passenger capacity and longer range require another solution. This is why Airbus is studying a variety of configurations, including “pods,” to determine which option has the potential to scale up to larger aircraft.

“This ‘pod’ configuration is a great starting point to nurture further inquiry into how we can scale up hydrogen technology to commercial aircraft. This is one option, but many more will be conceptualised before we make a final selection, a decision that is expected by 2025.”