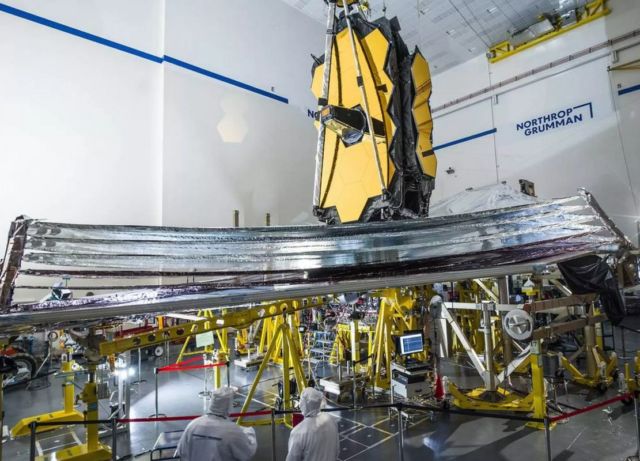 The five-layer sunshield of NASA’s fully assembled James Webb Space Telescope successfully completed a final series of large-scale deployment and tensioning tests. This milestone puts the observatory one step closer to its launch in 2021.

“This is one of Webb’s biggest accomplishments in 2020. We were able to precisely synchronize the unfolding motion in a very slow and controlled fashion and maintain its critical kite-like shape, signifying it is ready to perform these actions in space.” 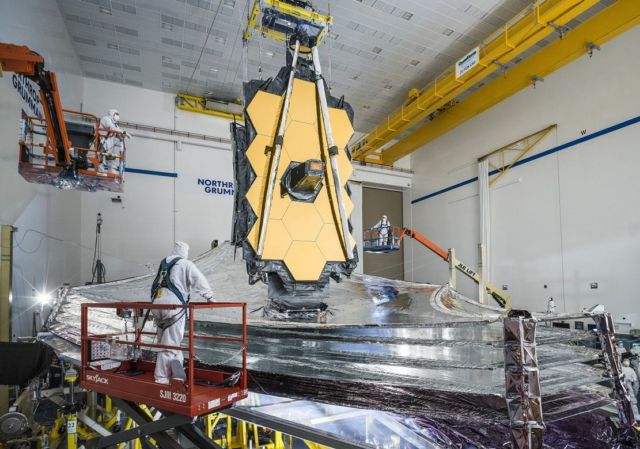 The sunshield protects the telescope and reflects light and background heat from the Sun, Earth and Moon into space. The observatory must be kept cold to accomplish groundbreaking science in infrared light, which is invisible to human eyes and felt as heat.

In the sunshield’s shadow, Webb’s innovative technologies and sensitive infrared sensors will allow scientists to observe distant galaxies and study many other intriguing objects in the universe.