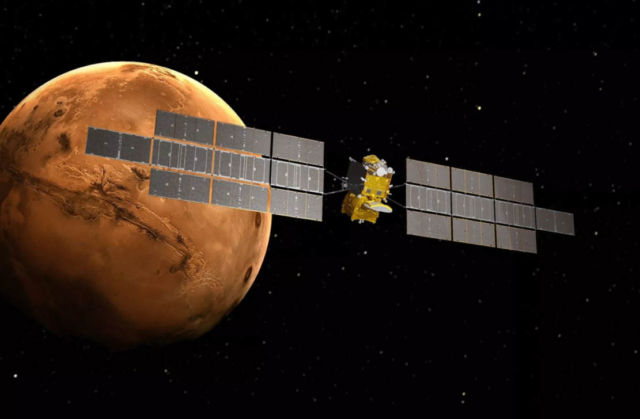 ERO will reach Mars orbit, capture orbiting samples launched from the Red Planet and bring them back to Earth.

Toulouse, 14 October 2020 – Airbus has been selected by the European Space Agency (ESA) as prime contractor for the Mars Sample Return’s Earth Return Orbiter (ERO) – the first ever spacecraft to bring samples back to Earth from Mars. Mars Sample Return (MSR) is a joint ESA-NASA campaign and the next step in the exploration of Mars. ERO and the Sample Fetch Rover (SFR) are the two main European elements of MSR, both are set to be designed and built by Airbus. A manipulating arm, referred to as the Sample Transfer Arm (STA), that will transfer the samples from the SFR to the Mars Ascent Vehicle (MAV), is the third European contribution to the MSR program. The value of the ERO contract is € 491 million.

The five year mission will see the spacecraft head to Mars, act as a communication relay with the surface missions, perform a rendezvous with the orbiting samples and bring them safely back to Earth. Prior to launch from the Mars surface onboard the MAV, the Martian samples will be stored in sample tubes and collected by the SFR, for which Airbus has already commenced the study phase.