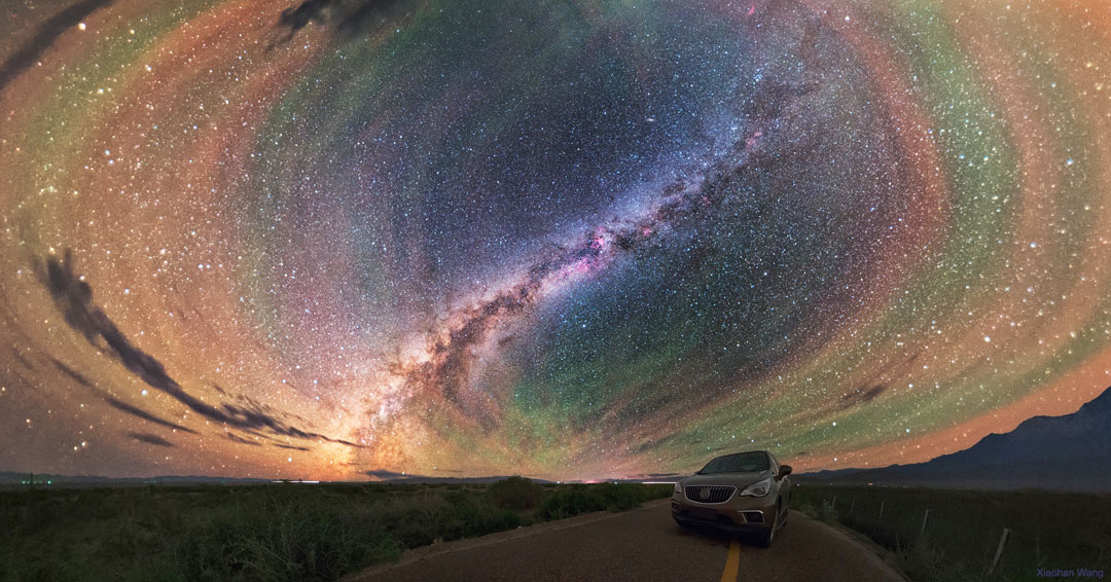 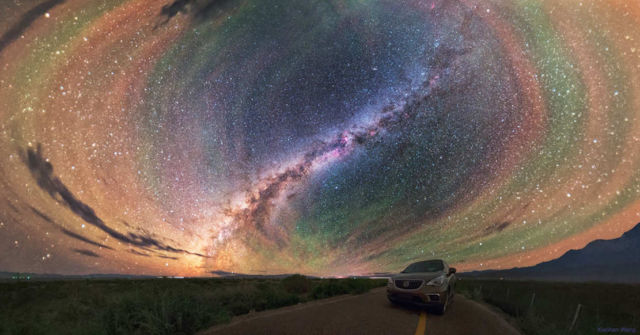 Airglow (also called nightglow) is a faint emission of light by a planetary atmosphere.

In the case of Earth’s atmosphere, this optical phenomenon causes the night sky to never be completely dark, even after the effects of starlight and diffused sunlight from the far side are removed.

“While driving near Keluke Lake in Qinghai Provence in China, the photographer originally noticed mainly the impressive central band of the Milky Way Galaxy. Stopping to photograph it, surprisingly, the resulting sensitive camera image showed airglow bands to be quite prominent and span the entire sky. The featured image has been digitally enhanced to make the colors more vibrant.”

Red airglow likely originates from OH molecules about 87-kilometers high, excited by ultraviolet light from the Sun, while orange and green airglow is likely caused by sodium and oxygen atoms slightly higher up.