Amateur Astronomer caught the First-Ever Photo of an Exploding Star

Amateur Astronomer caught the First-Ever Photo of an Exploding Star

Amateur Astronomer in Argentina captured for the first time the initial burst of light from the explosion of a massive star.

During tests of a new camera, Víctor Buso captured images of a distant galaxy before and after the supernova’s “shock breakout” – when a supersonic pressure wave from the exploding core of the star hits and heats gas at the star’s surface to a very high temperature, causing it to emit light and rapidly brighten.

To date, no one has been able to capture the “first optical light” from a normal supernova – that is, one not associated with a gamma-ray or x-ray burst – since stars explode seemingly at random in the sky, and the light from shock breakout is fleeting. The new data provide important clues to the physical structure of the star just before its catastrophic demise and to the nature of the explosion itself. 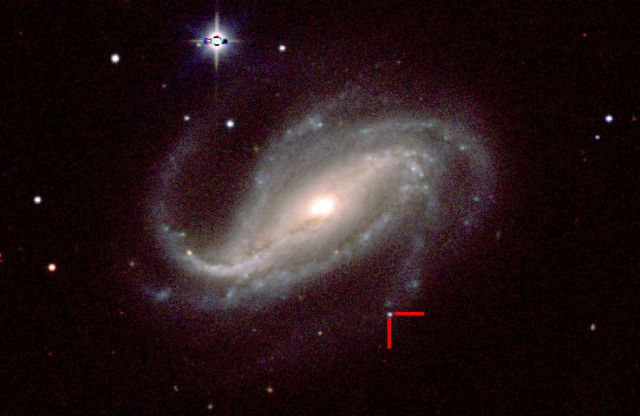 “Professional astronomers have long been searching for such an event,” said UC Berkeley astronomer Alex Filippenko, who followed up the discovery with observations at the Lick and Keck observatories that proved critical to a detailed analysis of the explosion, called SN 2016gkg. “Observations of stars in the first moments they begin exploding provide information that cannot be directly obtained in any other way.”

“Buso’s data are exceptional,” he added. “This is an outstanding example of a partnership between amateur and professional astronomers.”
The discovery and results of follow-up observations from around the world will be published in the Feb. 22 issue of the journal Nature.