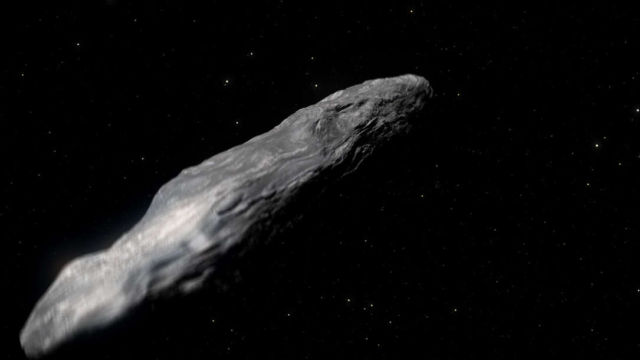 In October, astronomers announced the first-ever detection of an interstellar object, an asteroid coming outside our Solar System. In this video everything they’ve learned in the months since.

Animation of `Oumuamua passing through the Solar System

This animation shows the path of the interstellar asteroid 1I/2017 (`Oumuamua) through the Solar System. Observations with ESO’s Very Large Telescope and others have shown that this unique object is dark, reddish in colour and highly elongated.