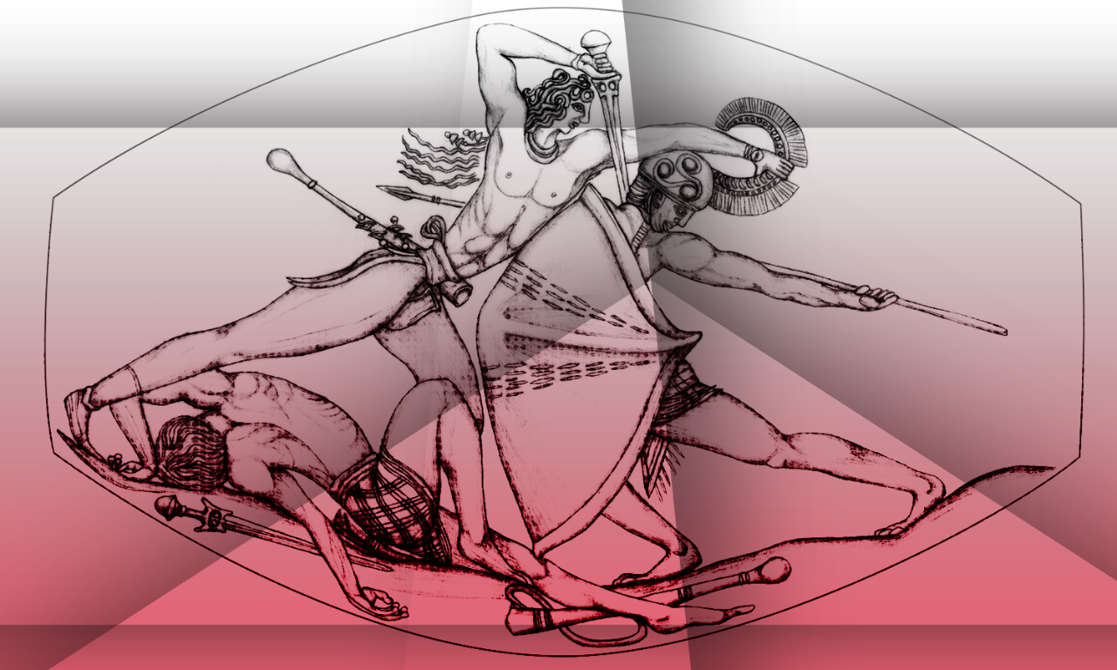 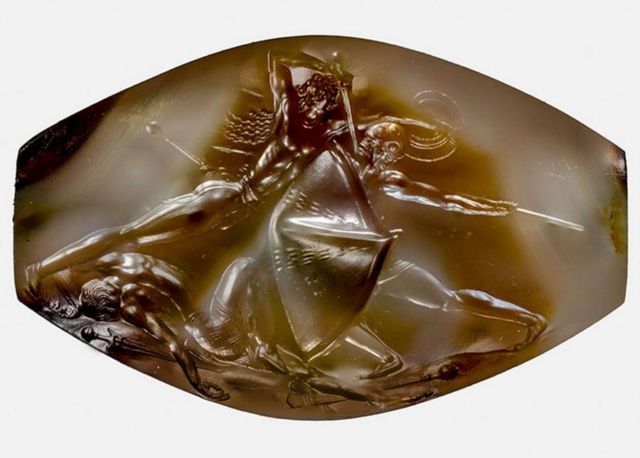 A rare carved stone which the researchers have now dubbed the “Pylos Combat Agate,” revealed.

Above, the ‘Pylos Combat Agate’ that is approximately 1.4 inches long, took nearly a year to clean.  Credit Department of Classics, University of Cincinnati 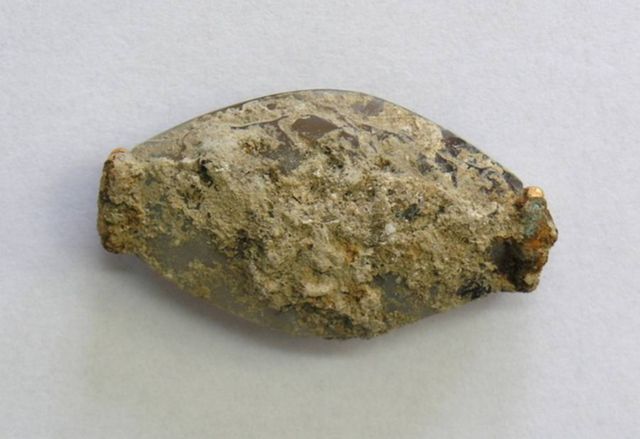 The limestone-encrusted sealstone was discovered lying face-down near the right arm of the Griffin Warrior.  Courtesy of The Department of Classics, University of Cincinnati

Jack Davis of the University of Cincinnati explains:

“What is fascinating is that the representation of the human body is at a level of detail and musculature that one doesn’t find again until the classical period of Greek art 1,000 years later. It’s a spectacular find.

Some of the details on this are only a half-millimeter big. They’re incomprehensibly small.”