Are we in a Holographic Universe?

Home/Posts/SCIENCES/Astronomy/Are we in a Holographic Universe?
Previous Next

Are we in a Holographic Universe? 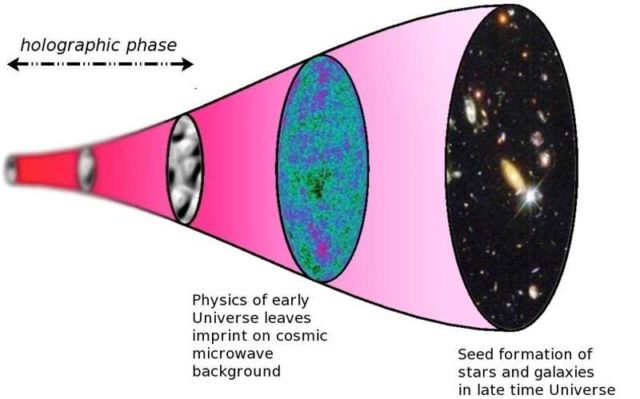 Scientists unveiled best evidence yet that we’re in a holographic universe.

The first observational evidence that the Universe was once a hologram, has been published in the journal Physical Review Letters.

Above, the timeline of the holographic universe.   Credit Paul McFadden/University of Southampton

The international study may lead to new beliefs on the Big Bang Theory and on quantum gravity, one of theoretical physics’ most profound problems.

Niayesh Afshordi, professor of physics and astronomy at the University of Waterloo and Perimeter Institute, and lead author in the study, explains:

“We are proposing using this holographic universe, which is a very different model of the Big Bang than the popularly accepted one that relies on gravity and inflation. Each of these models makes distinct predictions that we can test as we refine our data and improve our theoretical understanding – all within the next five years.”