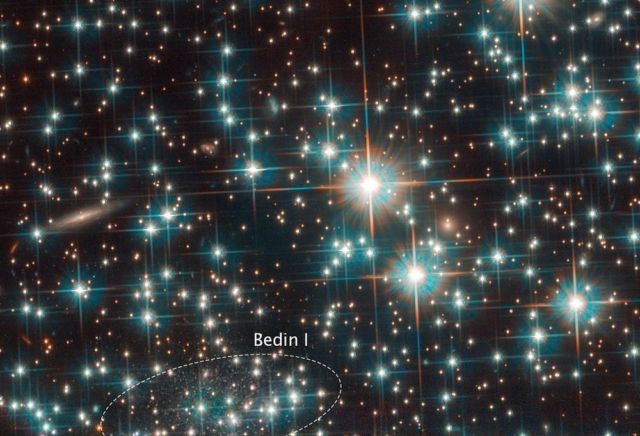 Astronomers using Hubble accidentally discovered a dwarf galaxy in our cosmic backyard, only 30 million light-years away.

In the outer fringes of the area observed with Hubble’s Advanced Camera for Surveys a compact collection of stars was visible. After a careful analysis of their brightnesses and temperatures, the astronomers concluded that these stars did not belong to the cluster — which is part of the Milky Way — but rather they are millions of light-years more distant. 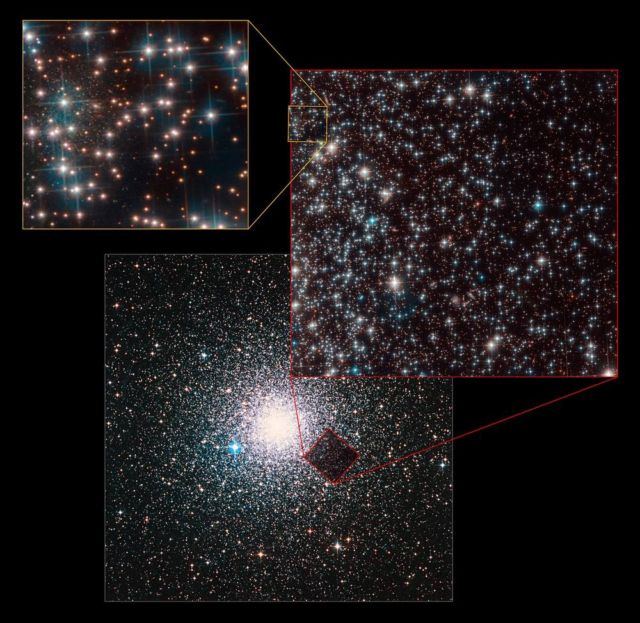 Our newly discovered cosmic neighbour, nicknamed Bedin 1 by the astronomers, is a modestly sized, elongated galaxy. It measures only around 3000 light-years at its greatest extent — a fraction of the size of the Milky Way. Not only is it tiny, but it is also incredibly faint. These properties led astronomers to classify it as a dwarf spheroidal galaxy.