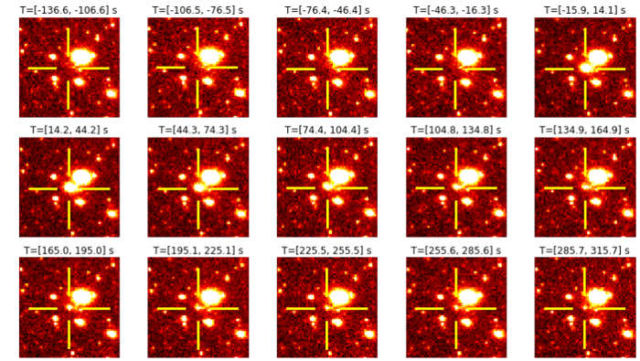 Astronomers captured a bursts that produced as much energy as the sun in its entire 10 billion year life.

On June 25, 2016 at 6pm ET, a gamma ray burst, one of the most violent kinds of explosions in the universe, from a source 9 billion light years away, captured.

A brief flash of light, a Gamma ray bursts, occurred when a massive star dies and explodes into a supernova, just before the main event.

Professor Carole Mundell at the University of Bath, said:

“It was so bright you could have seen it with a pair of binoculars. They usually happen instantly, but this time we got a flash of light lasting a second that acted as a warning.

Then there was a delay of about 100 seconds, giving us enough time to position the telescopes.

That is quite unusual, and the burst lasted longer than normal, a few minutes which was fortunate.”