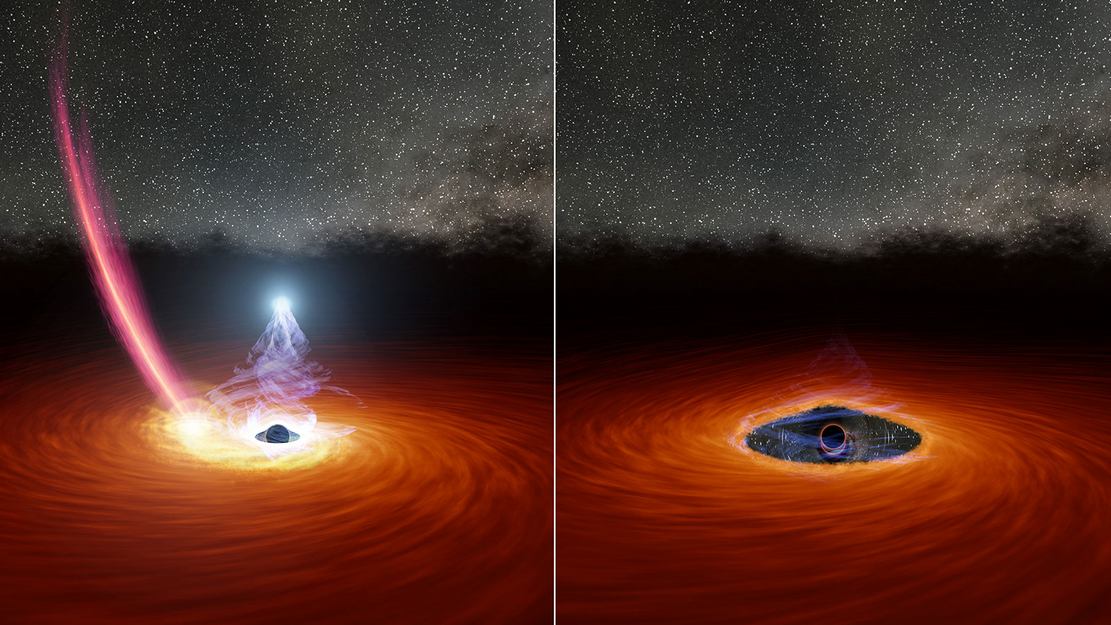 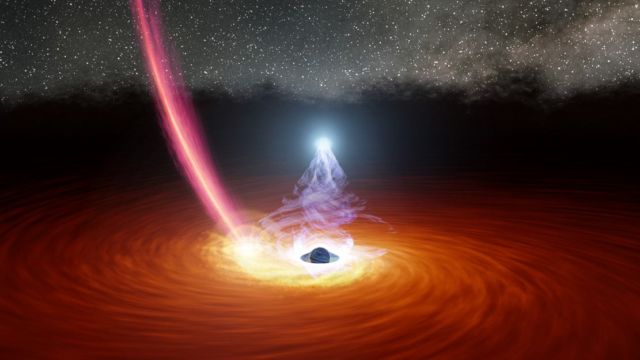 The telltale sign that the black hole was feeding vanished, perhaps when a star interrupted the feast. The event could lend new insight into these mysterious objects.

At the center of a far-off galaxy, a black hole is slowly consuming a disk of gas that swirls around it like water circling a drain. As a steady trickle of gas is pulled into the gaping maw, ultrahot particles gather close to the black hole, above and below the disk, generating a brilliant X-ray glow that can be seen 300 million light-years away on Earth. These collections of ultrahot gas, called black hole coronas, have been known to exhibit noticeable changes in their luminosity, brightening or dimming by up to 100 times as a black hole feeds.

Top image: This illustration shows a black hole surrounded by a disk of gas. In the left panel, a streak of debris falls toward the disk. In the right panel, the debris has dispersed some of the gas, causing the corona (the ball of white light above the black hole) to disappear. Credit: NASA/JPL Caltech

But two years ago, astronomers watched in awe as X-rays from the black hole corona in a galaxy known as 1ES 1927+654 disappeared completely, fading by a factor of 10,000 in about 40 days. Almost immediately it began to rebound, and about 100 days later had become almost 20 times brighter than before the event.

The X-ray light from a black hole corona is a direct byproduct of the black hole’s feeding, so the disappearance of that light from 1ES 1927+654 likely means that its food supply had been cut off. In a new study in the Astrophysical Journal Letters, scientists hypothesize that a runaway star might have come too close to the black hole and been torn apart. If this was the case, fast-moving debris from the star could have crashed through part of the disk, briefly dispersing the gas.