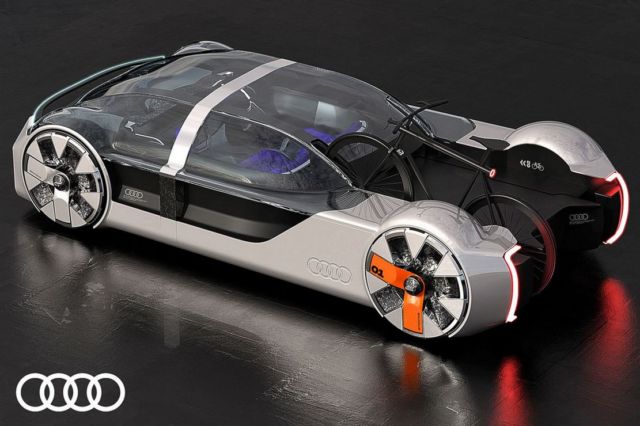 Audi Neo-Bauhaus concept is an autonomous car that commutes between cities, allowing you to carry your bicycle to save you from the traffic.

Audi Neo-Bauhaus concept designed by Simon Grytten with the ability to carry your bike or skateboard, and get out of the car in the middle of a traffic jam in full safety. 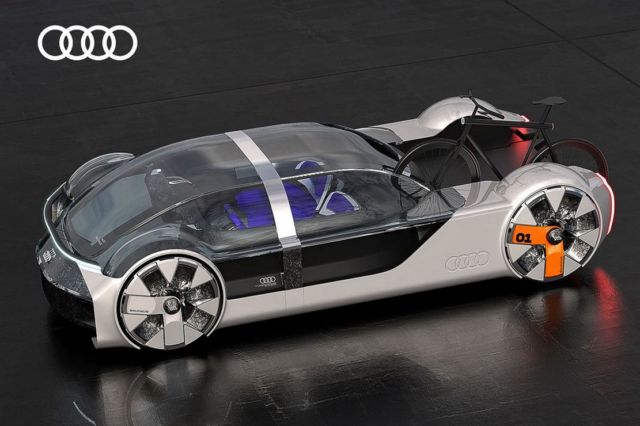 After that, the car will park outside of the city (to give more space in the city) and reload while waiting to pick you up next time. 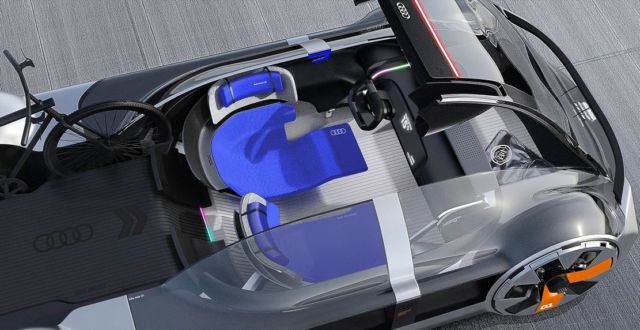 “On this concept the focus was to build the car around the user. To do so, I’ve been using electric package innovation to create more space in the cockpit, by placing the engine in the wheels. Therefor wheels take a lot more importance than before. The orange panel is there to emphasize this and indicate the technical access of engine and breaks.” 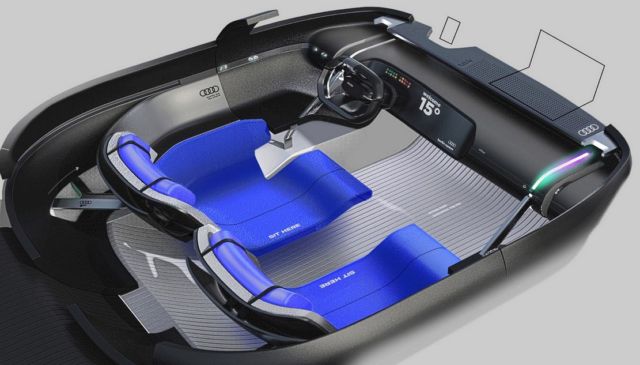 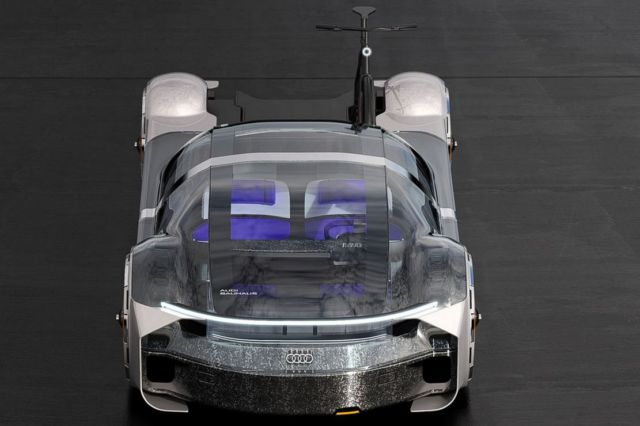 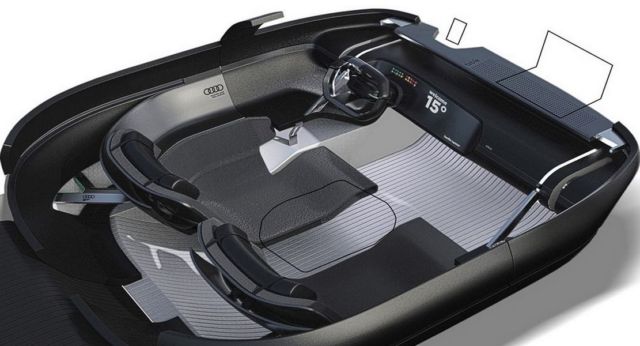 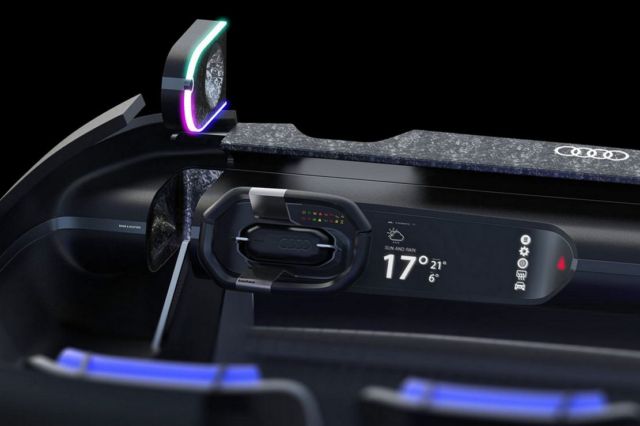 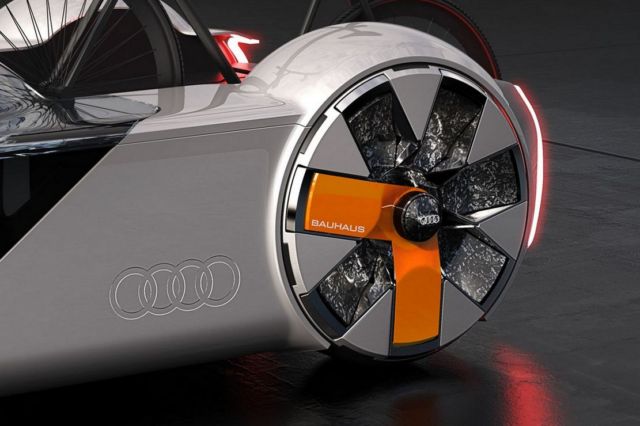