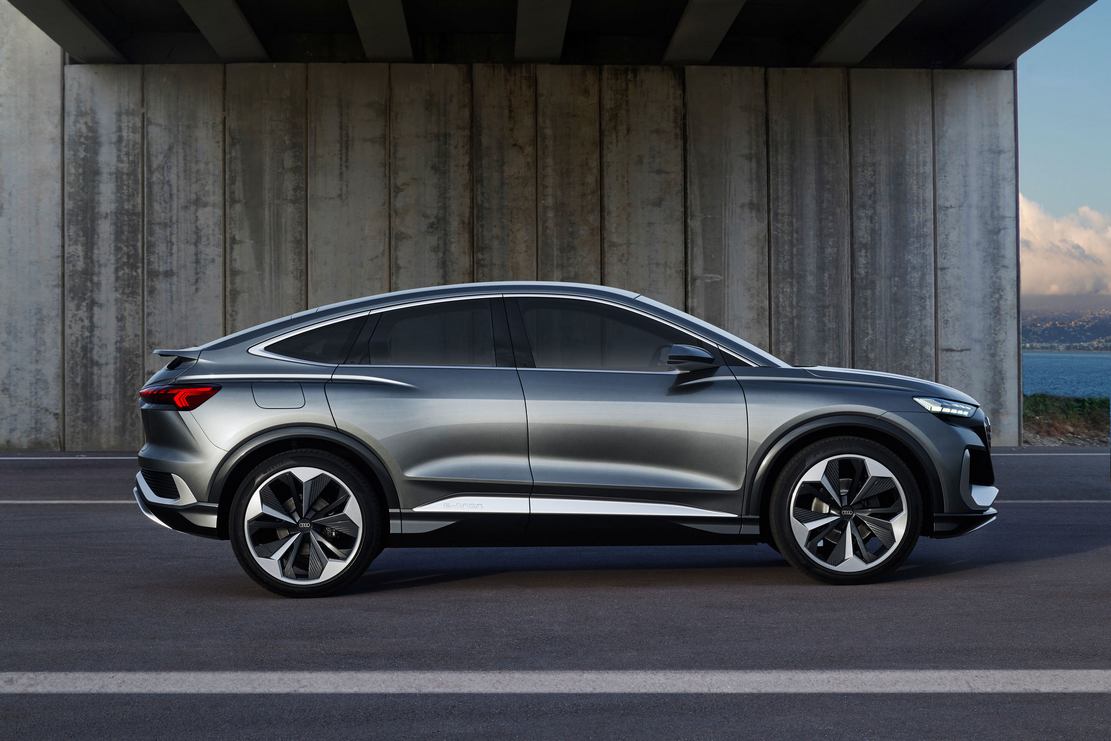 Audi presents Q4 Sportback Coupé e-tron with a range of over 500 kilometers.

With the Q4 Sportback e-tron, Audi is now presenting the second model of the product line that will go into production in 2021 as an SUV Coupé.

This gives potential Q4 customers the opportunity to start thinking about which version they prefer roughly a year before the first vehicles will be delivered: the versatility and robustness of the classic SUV or the dynamic elegance of the Coupé variant.

The two Q4 concept cars, which are already offering a clear look ahead at the top-of-the-range engine line-up of the coming series production model, also have the same drive technology. Two electric motors mobilize 225 kW of system output in the Q4 and Q4 Sportback e-tron concept. As is typical for Audi, the driving power is brought to the road with quattro all-wheel drive. Thanks to excellent traction, both versions of the Q4 accelerate from zero to 100 km/h (62.1 mph) in just 6.3 seconds. Top speed is restricted to 180 km/h (111.8 mph).